Say for example two routers (R1 and R2) are connected to the same switch (SW1) and both routers have Gateway Load Balancing Protocol (GLBP) correctly configured as the First-Hop Redundancy Protocol (FHRP) solution. Router 1 has been elected the Active Virtual Gateway (AVG) and is in charge of assigning virtual MAC addresses to the Active Virtual Forwarders (AVF).

Does GLBP correct this by automatically making R2 send a gratuitous ARP Reply right after R1 makes the initial reply?

GLBP doesn't use gratuituous ARP. When someone asks which MAC does the virtual IP have, the AVG will reply saying "This IP is at this MAC", using the field "Sender MAC Address", which is invisible to the switch's CAM table. The source address is still the AVG MAC.

EDIT: I said it wrong. The IP address requested is actually the Sender, the Target address is the address of the host that sent the arp request in the first place. I'll just upload here an example of ARP Request and Reply and when I get home I'll simulate on GNS so you can see how it really works and not just an example capture. 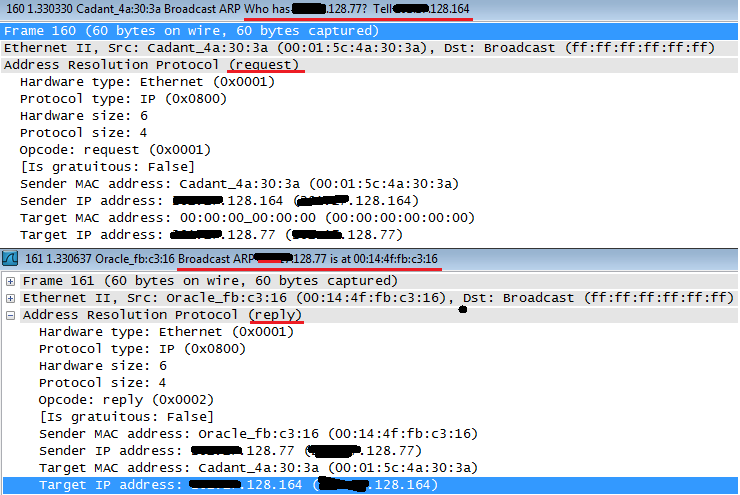 If this was the case of a GLBP host, it would state the virtual MAC in the sender MAC address field. It's called Proxy ARP. Just hold tight, I'll upload the actual GLBP capture in about 10 hours. 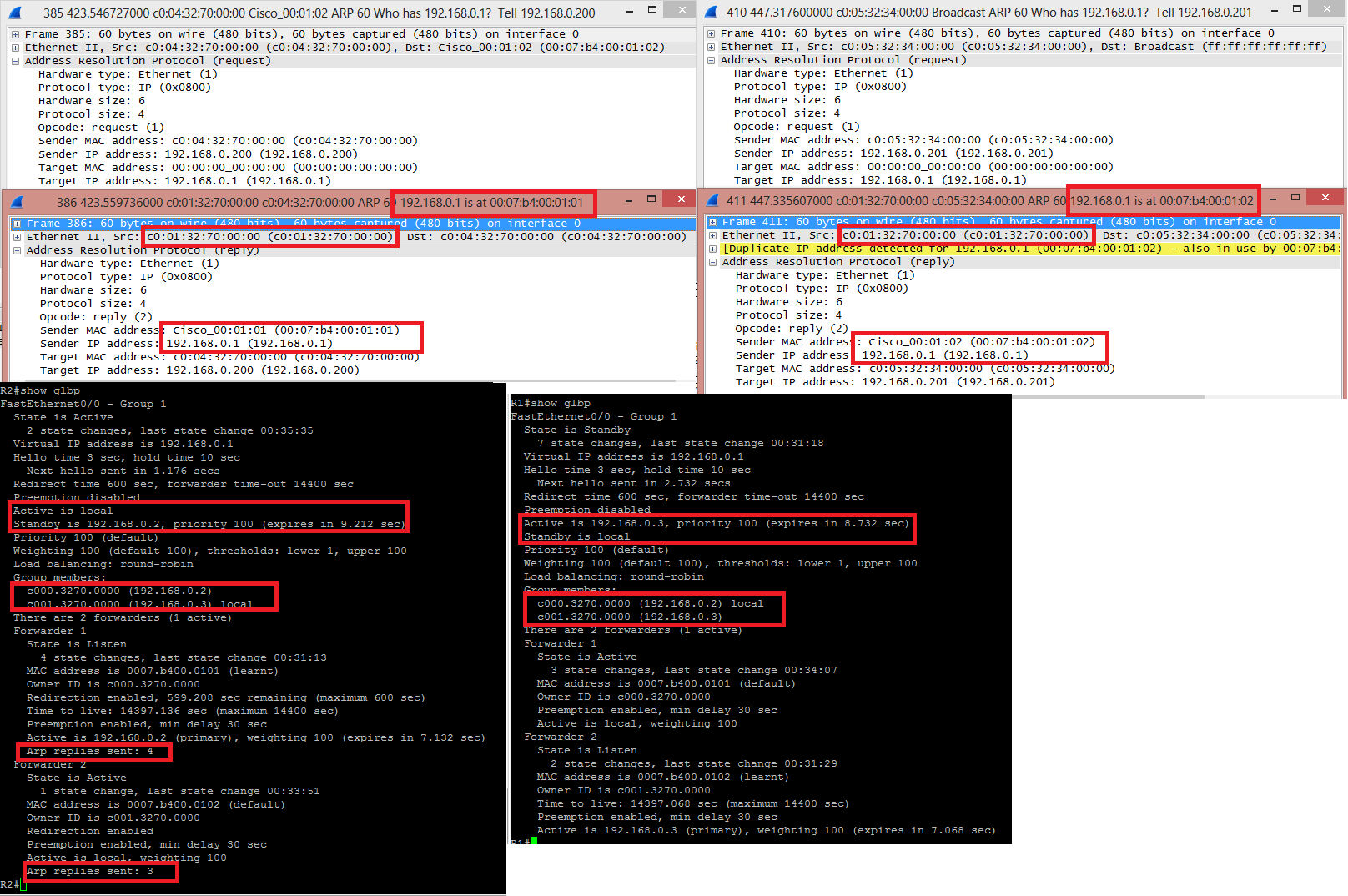 When issuing "show glbp" from both routers, the AVG output have a little more detailing, including how many times it answered and ARP request with this or that virtual MAC address. You can see the MAC and IP addresses of the interfaces in "Group Members", present in both outputs.

The answer is actually on Wikipedia:

Not the answer you're looking for? Browse other questions tagged router switch mac-address arp fhrp or ask your own question.

4
What happens if two hosts with the same MAC address are in the same broadcast domain?
3
Ping a mac address to get it to reply and update mac address-table
2
ISP HA using GLBP vs BGP
3
VRRP Sharing Master Router's IP
2
Switch learning MAC address of default router
1
Conflicting of MAC addresses in reply path of direct server response
2
Which MAC should be used: device MAC or Interface MAC?
1
Dynamically learned MAC address seems to never expire
4
Why would a switch ever send an ARP request for a MAC address when it can just wait for the first packet to be received from a device?