I am trying to do a bit of planning and would like some clarification.

For instance. Our network has a MPLS router that has a port speed of 100Mbps set as the default gateway for that office. That location does also have a 1Gbps and 10Gbps fiber connection connecting other offices together.

9/30/2014 The picture below is an overview of the network. The SBN network in the upper right hand corner is all one VLAN. That network is all flat and nothing special. All end users and servers are on the same VLAN and subnet. That location as well as all of the other locations get their internet piped through the the Metronet device. (This Metronet is a city wide fiber ring shared among several businesses in the area. We do not manage the routers that deal with that network) All of our servers are currently in the SBN office and will soon be moving over to our new location at the MC office in the upper left corner of the diagram.

We use the MPLS devices for phone and some specialized data. The ASA and Comcast devices are setup to connect the offices for the rest of their data needs to the SBN/GAP office.

We are looking into transitioning the GAP SW25 switch to a better layer 3 switch and do some of our own routing on that device instead of the MPLS router that we do not manage. 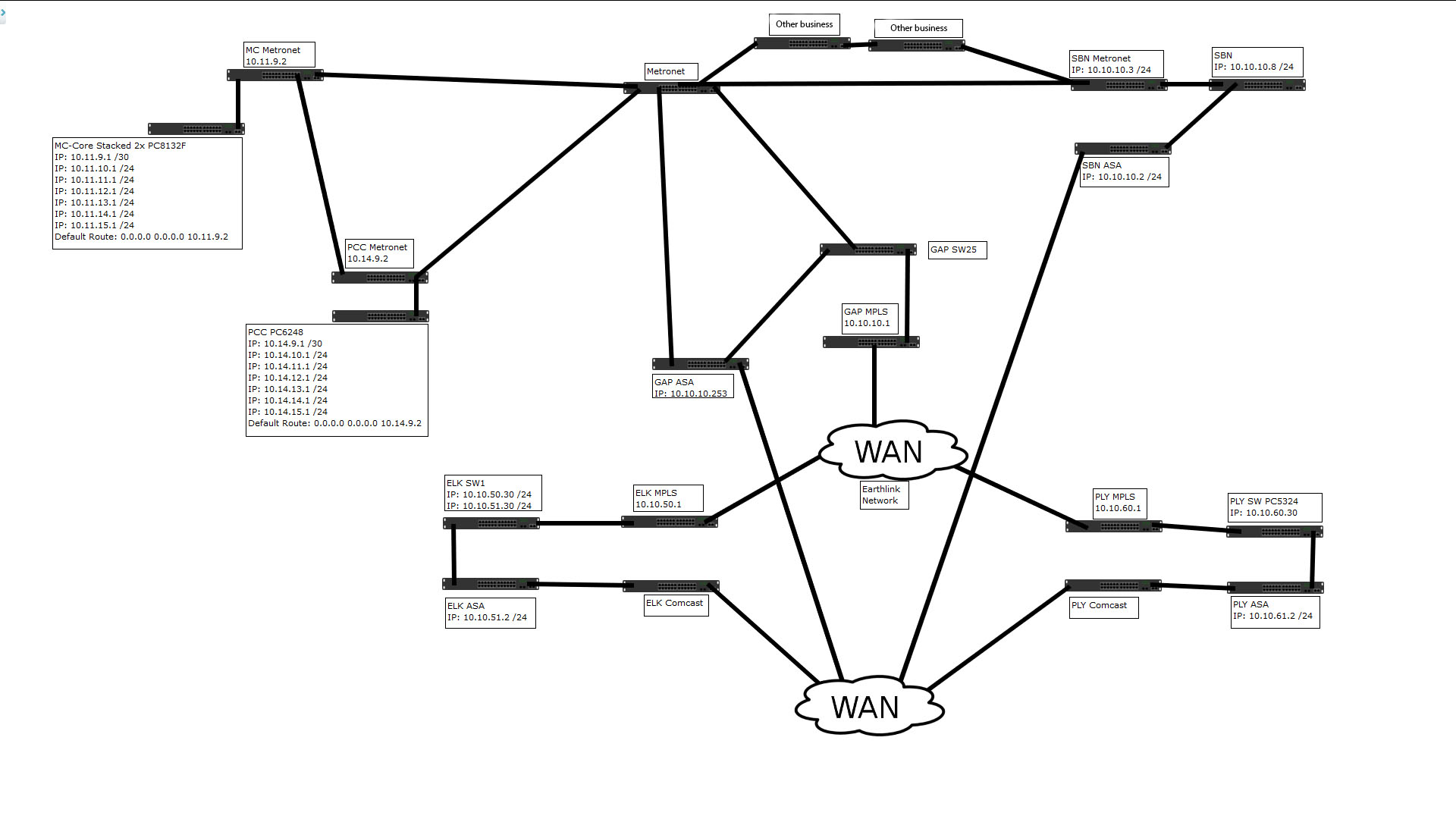 There are many things you can to do improve the manageability and reliability of your network. I would start with breaking up the large and geographically diverse layer 2 network (10.10.10.0) into smaller layer 3 subnets and route between. But to answer your specific question, if the traffic flows through the MPLS router to the WAN network, then the interface speed may be a factor, depending on the WAN bandwidth. But if traffic goes through one of the firewalls, then the MPLS router should issue a redirect to the host so it will send traffic directly to the firewall. In that case the router is not involved in the traffic flow.

Not long after posting this we ditched the MPLS and re-configured the core network switch to be the default gateway for the 10.10.10.0 network. This did several things for us:

We are soon to be splitting the bridge network from one of our locations to the datacenter and making them two separate L3 networks.

Depends on the current traffic capacity. As i understood from your explanation you have 2 modes for connecting both locations.

You need to carefully monitor the current traffic utilization to see how much you route via MPLS.