I'm a bit new to BGP and need a little assistance with a configuration change. We are currently using our MPLS connection for all traffic to all sites. Going forward We would want to segragate the Datacenter backup link from the other spoke sites and will be adding an additional MPLS leg in our core datacenter to accommodate. See image of current setup and router configs. 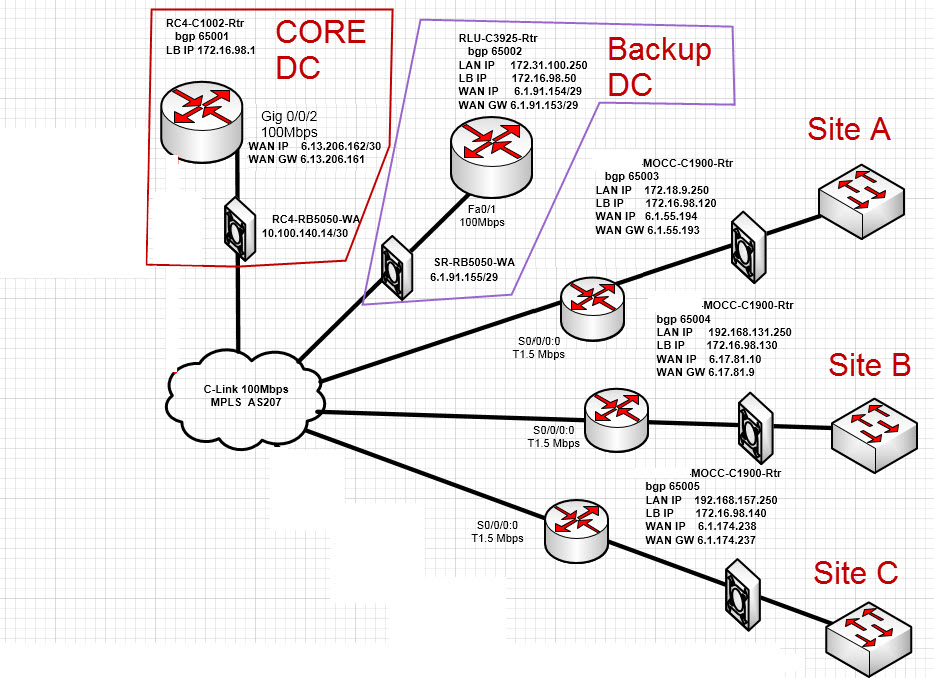 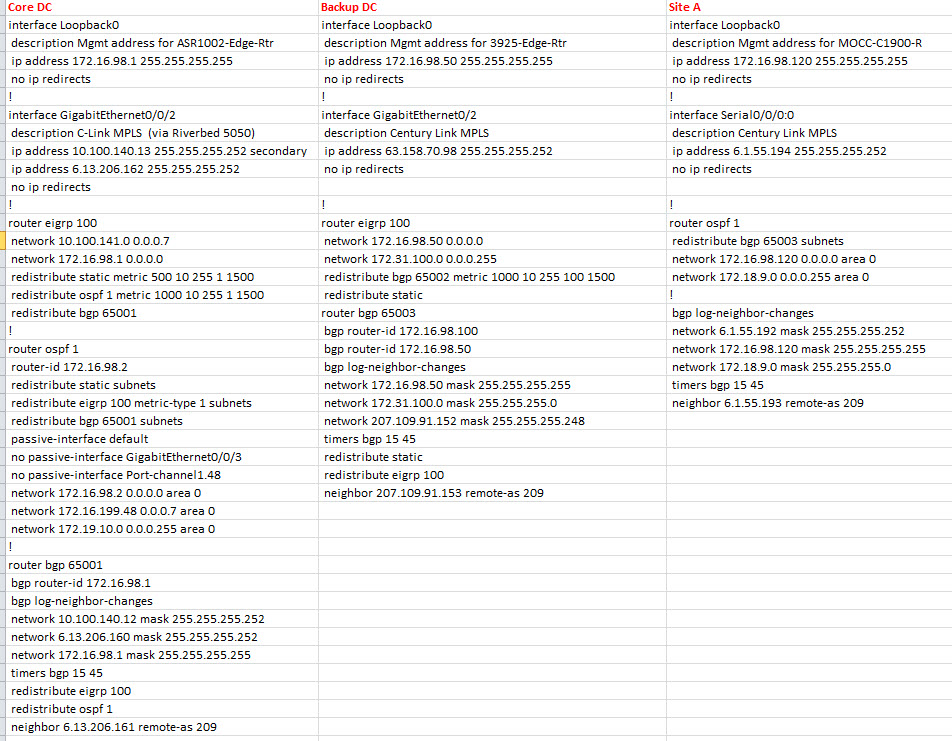 I have ordered a new MPLS leg with a Closed User Group(CUG) from the ISP. This new service is for datacenter to datacenter traffic only. The existing MPLS leg will be used exclusivly for our remote sites.(Hub-Spoke) 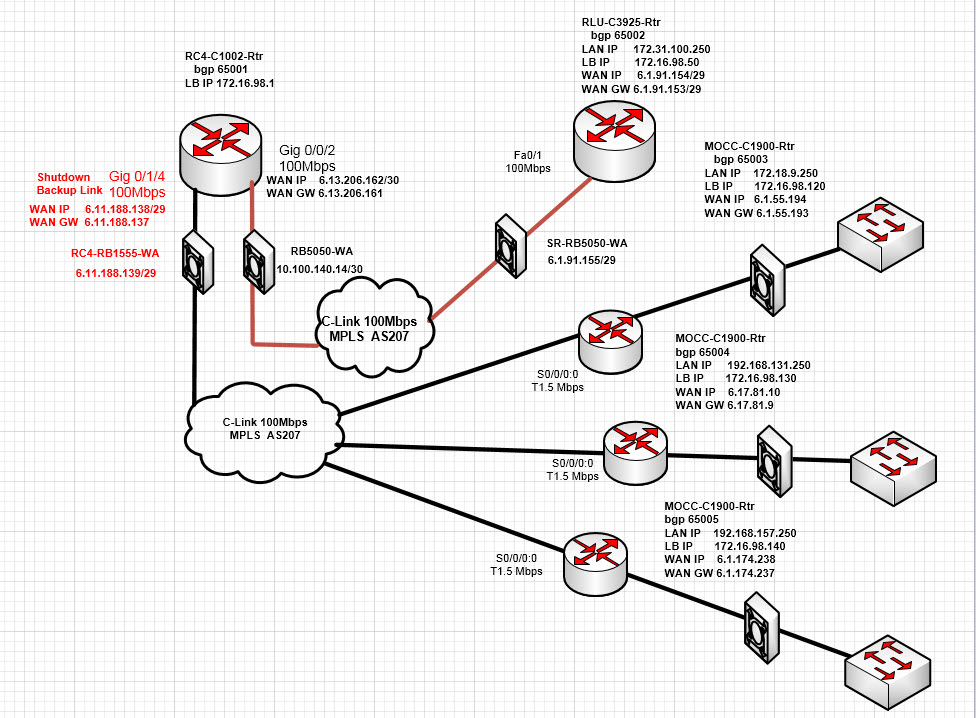 My question is how do I program the core router with this new CUG that has the same AS number from the ISP (AS207). Do I just add the new network and neighbor to the existing AS 65001? I believe I only need to change the core router because the backup DC MPLS will be integrated into the new CUG.

This is a production network which is why I'm a little apprehensive making this program change.

If the provider AS is the same in both MPLS networks then:

If you don't do this then:

Because you will be circumventing the BGP loop prevention mechanism, ensure that the Core DC is the only location that is peering with both CUGs.

Wrote this on mobile so let me know if it is a bit disjointed and I'll clean it up later.

Not the answer you're looking for? Browse other questions tagged cisco routing bgp mpls or ask your own question.