Should my layer 3 switch rewrite this MAC address?

I have the following routing table: 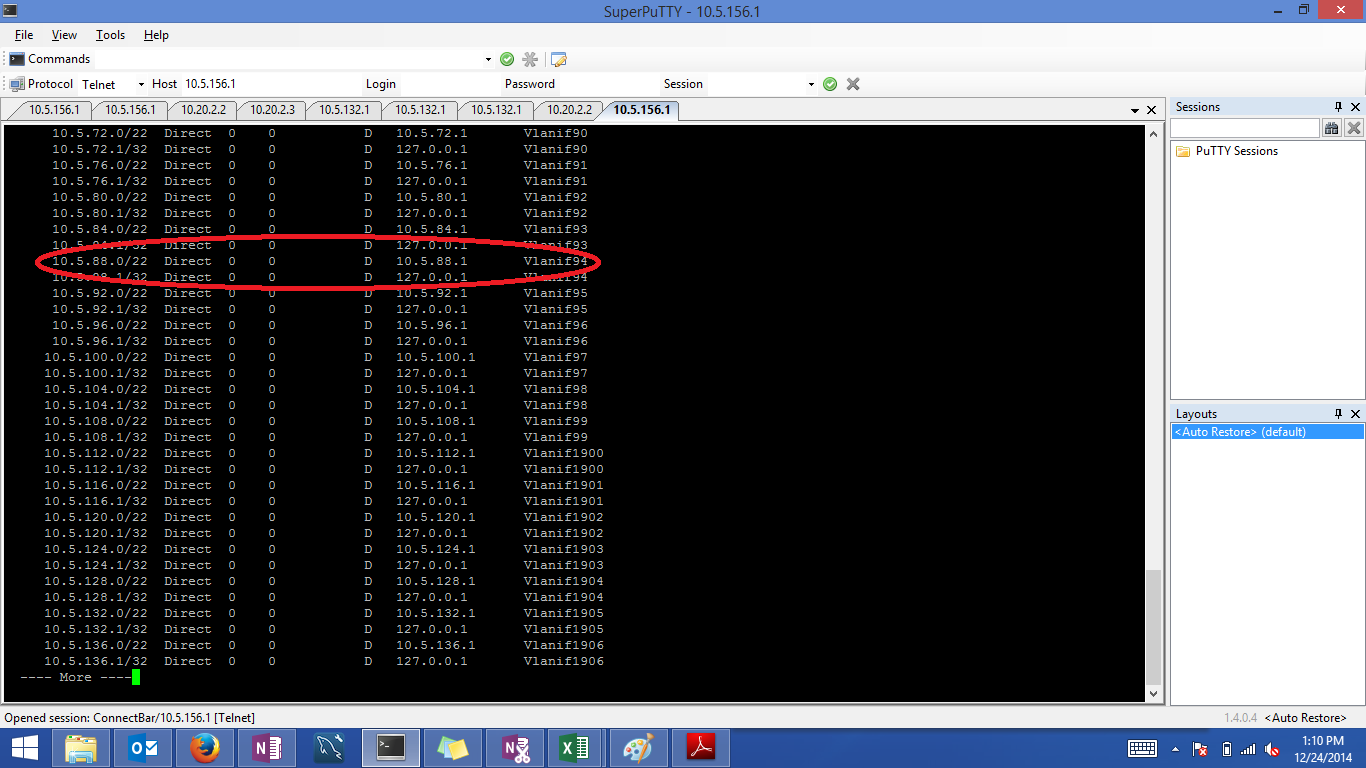 A layer 3 switch will do both routing and switching. In this case:

So, as a router, your layer 3 switch will forward the IP packet in a frame with different MAC addresses. As a switch, it will do vlan tagging if needed when sending the packet on the switchport. The same is true for the incoming packet, it could have been tagged or untagged.

Not the answer you're looking for? Browse other questions tagged switch vlan layer3 or ask your own question.

4
Help with VLANs, ACLs, DHCP on SG-300 Layer 3 switch
2
Assign wireless devices to VLAN by MAC address
2
How does the switch learn the mac addresses when it's connected to a router?
5
Switch FIB and router FIB
4
How does Ethernet Switch ensures the validity of the MAC address table?
2
Routing steps on a serial port
1
Routing and Bridging on a Layer 2 or Layer 3 device
0
Struggling with interVLAN routing + multiple VPNs + default routes on multi-layer switch