Is it possible to design HD video streaming over wireless? [closed]

I am sorry for if the question is vague or not up-to standards, but i need some opinions before I proceed. 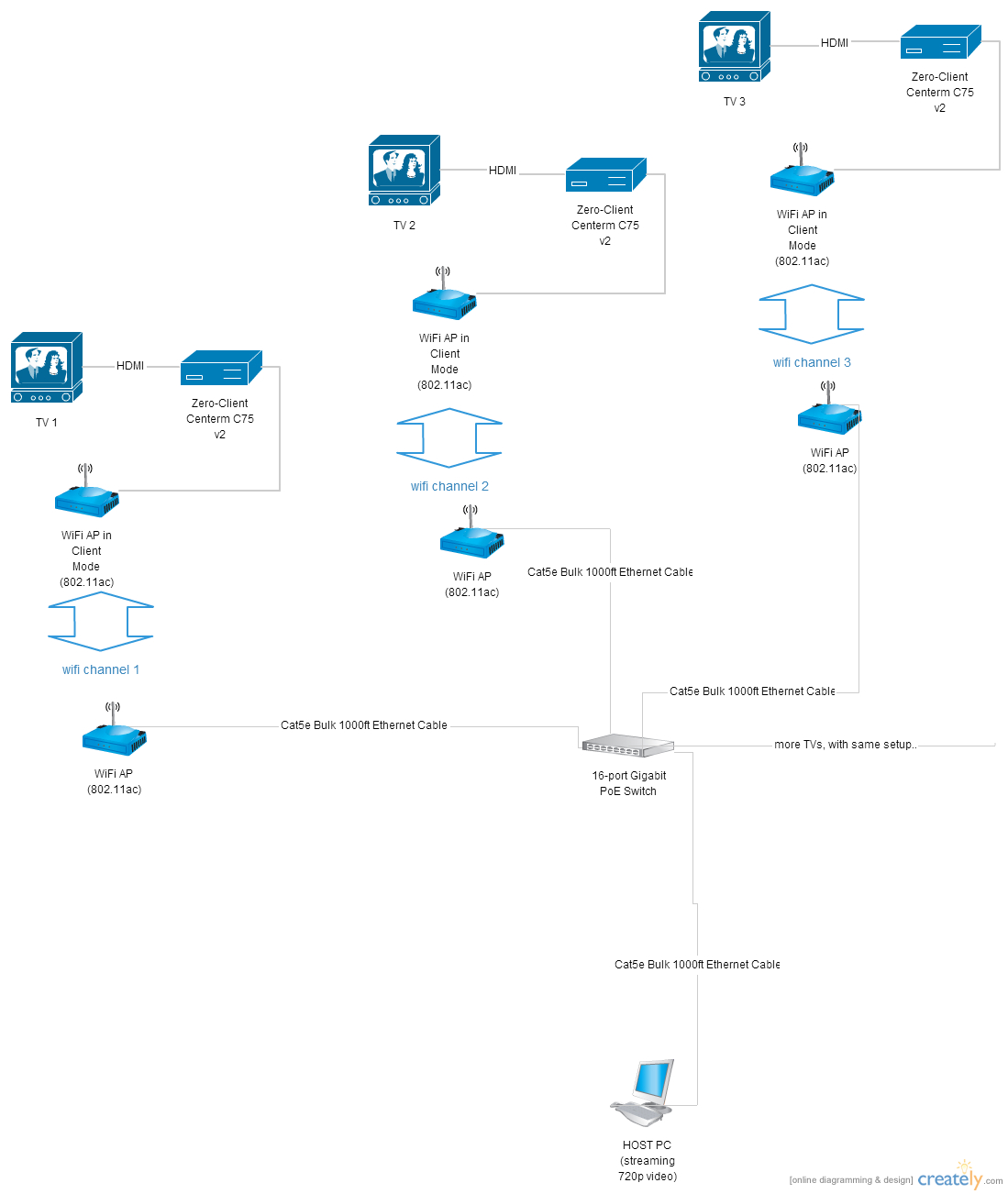 There are a few things where this can/will go wrong.

First of the 1000ft Cat5E is to long.. it's about 3times the Max lentgh(https://www.google.nl/?q=100m+%3D+ft). So place a bridge or repeater/another switch every 100M(328ft). Or you should take a look @ Fiber optics. So lets say you went with fiber. Its expensive but will give you the length needed without any issue.

So next up are the Wireless Access points with clients. That could work if you have the capable hardware. This depends on what bitrate you are streaming the HD Video. looking at the AC specification i don't think that will become a problem(http://en.wikipedia.org/wiki/IEEE_802.11ac) unless the distance/interference is so big your transfer speed gets cut down. Sidenote: the AC specification say's it uses the 5Ghz band, that inturn has less problem's with interference but distance is more the factor here. So i would suggest a test with a simple client and access point to get some readouts on the bandwidth available at those distances.

So lets say you did all that and still haven't found a problem. Well where is the server ? A C75 need a server if i'm reading the website right.. It needs resources from a server to operate ? Is that also on the "HD Streaming Host" ? if so you need to find out how much bandwidth that requires..

Beyond that i would say it's possible in theory. ;)

What goal are you trying to fulfill ?

Is it possible to design a video streaming service

Anything is "possible". How many million do you want to invest? (BTW, you aren't the first to attempt something like this.)

is possible over wireless with wireless APs? How many TVs can I support this way?

Depends entirely on your choice of hardware and method(s) of distribution. Again, Uverse does this for their "wireless STB". Uverse video distribution is done via multicast (wired) which is a problem for commodity WiFi gear. That's why they use a dedicated wireless gateway programmed to deal with that failing.

If it were unicast, which wouldn't be an issue for any WiFi gear, you'd have to have dedicated bandwidth for every receiver.

(clearly, you've got a lot more planning to do)

Not the answer you're looking for? Browse other questions tagged wireless design lan video streaming or ask your own question.

2
On a wired LAN of 2+ computers, can you securely provide wireless Internet to one and not the others?
5
802.1Q VLAN over Deliberant APC wireless bridge - am I doing something wrong?
0
Network Requirements for Video Streaming
2
What is the difference between "Client Mode" and "Independent Bridge" in an AP?
2
How to design a wireless network for efficient multicast or broadcast communications?
2
Is there any video streaming online service that actually uses UDP?
0
Can I set up a WLAN with a WAP but without Internet?