What are the advantages of having a router instead of a firewall in this case?

I have watched a video explaining assymetric routing today.

In this video, two solutions to AR (among others) are shown: 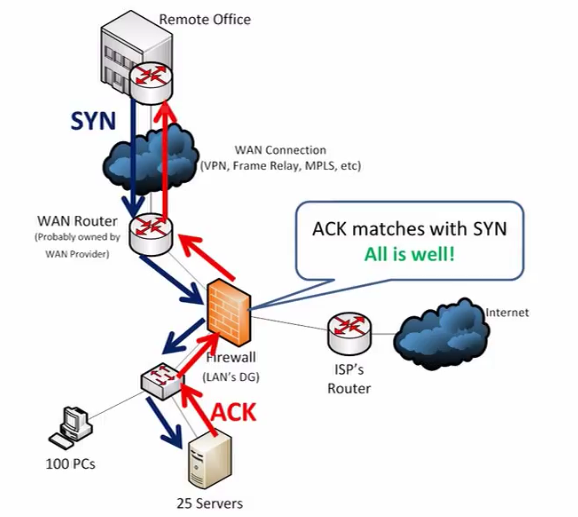 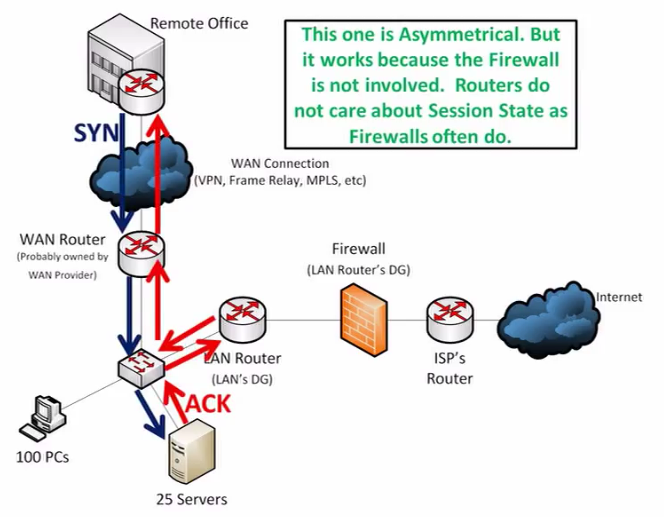 What are the advantages of the second solution exactly? Why do firewalls often care about Session State?

I watched the video and thought it only explained a very specific case of AR.

The firewall enforces these rules by monitoring the "state" of each data flow.

The problem of asymmetrical routing can occur when I have two connections to the Internet and two firewalls. Packets may leave through firewall A, but return through firewall B. In that case, firewall A sees the SYN packet go out and will monitor that state of that connection. But when firewall B sees the SYN-ACK reply packet come in form the outside, it has nothing to match it against. It doesn't know about the packet that firewall A saw, so it treats the SYN-ACK packet as a protocol violation and drops it.

In the 2nd solution, all packets pass through the firewall, so it can correctly monitor the state of each connection.

The second diagram is shows a misconfigured network. The packets should not be traversing a default gateway on the same LAN/subnet as the true gateway to the destination. If the WAN router is in fact behind the LANs DG then the link should reflect that and not be connected to the switch but to the router. The WAN router should be on a different subnet than the LAN DG.

To answer the first question of the OP: there are no advantages to the AR scenario. On the contrary, the routing is misconfigured (I agree with Ron) but will get corrected by ICMP messages on session setup.

Not the answer you're looking for? Browse other questions tagged routing firewall asymmetric-routing or ask your own question.

6
What are the reasons for choosing separate or combined VPN and Internet routers?
6
VRFs to address asymmetric routing with stateful inspection
6
BGP, multipathing, and possibly OSPF
7
Creating a JunOS firewall filter based on dynamic routing properties
5
How does exactly reverse-path broadcast work?
1
How to fix this messed up routing scenario with two IP's from same subnet on distinct WAN's?
1
Phased implementation of a new firewall
2
What are the advantages of a firewall over a Layer-3 switch?
5
BGP convergence issue