My question is how to best set up the vlans between core and aggregation. My first idea was to have one vlan for each link and have ptp connections between all agg-switches and the two core switches. But say I want some vlan to span the entire network I then have the problem of loops in the network if I want to use both links.

EDIT: Right now I have three scenarios in my head for the setup. And I want your opinion on the best way to setup a OSPF network with the structure shown in the diagram below. 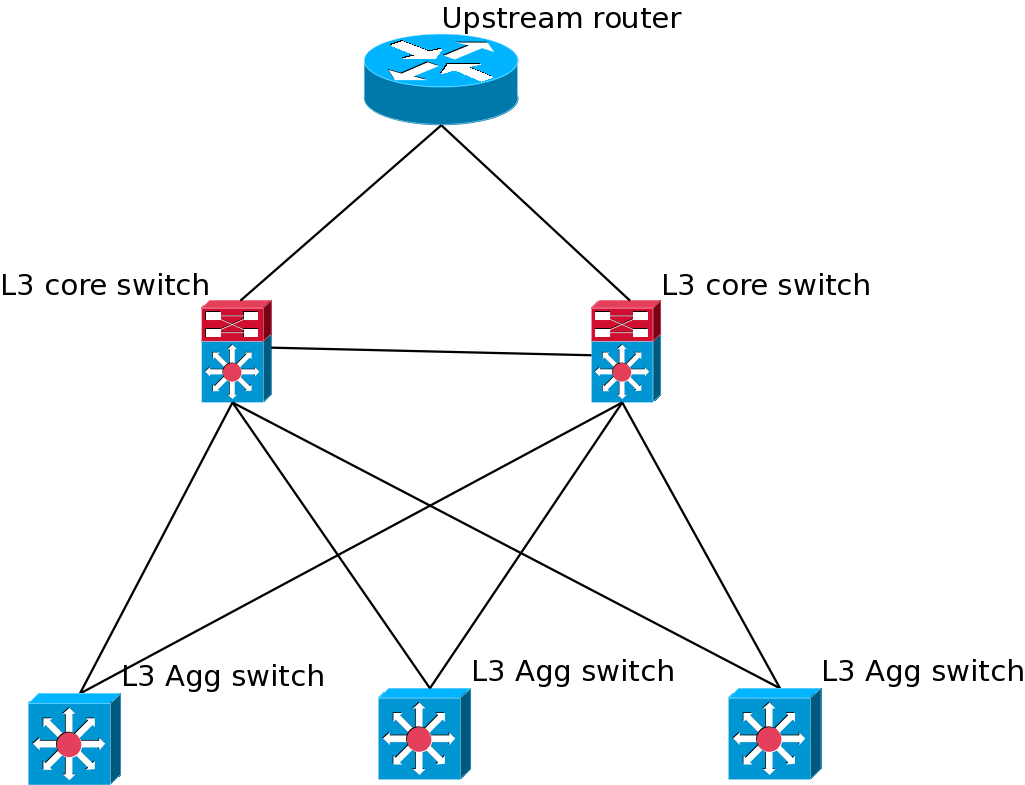 In an idea scenario you would have 2 - 4 aggregation switches hosting the SVIs for your local data center. These numbers are fully dependent on the number of downstream switches that are required in each row. Then these aggregation switches would connect up to your core switches via Layer 3 Links.

You will run in to all sorts of issues if you try to implement what you are describing. Let us know more information about your scenario and we may be able to assist you further.

The reason the switch models matter is because a detailed design will always be limited by the functionality of the devices that will be implemented. After doing some quick research on the Dell website I see that the S6000 switches are both stack and VLT capable. So here we have two paths to a more flexible and maintainable design.

If you stack the S6000 switches in the core they will become one switch with multiple modules. (Similar to a chassis switch, see this.) At this point you can configure links from both core switches to each aggregation switch in a non-blocking manner.

If your goal is to achieve Layer 3 at the "Aggregation" layer that you have described then the stack is your only option. You will not be able to create Layer 3 Port-Channel interfaces using VLT.

Not the answer you're looking for? Browse other questions tagged routing vlan ospf switching or ask your own question.