Are voice and data transmitted differently?

It's normal for 2G to still go over SDH/PDH networks even if many mobile carriers are upgrading them to ethernet networks. If the same carrier has 3G and 4G technologies thay would most likley be running on ethernet networks or at least the latter. So maintaining two different networks would be expensive and supporting PDH/SDH would probably be more expensive as its getting old.

Within the ethernet network data and voice will be treated differently; data will be marked as best effort traffic and voice marked as realtime traffic. Since the network will always prioratize voice over data congestion will not affect the voice traffic.

Generally i belive most carriers use their LTE for data, GSM for voice and UMTS for both.

In most cases for charging it does not matter if you are using 2G, 3G or 4G network. Charging is usually defined per service and it is not related to the radio access technology (2G, 3G or 4G). And it is not dependent on the transmission technology between the basestation and the core network - it can be SDH/PDH, Ethernet (over copper or fiber), Frame Relay, point to point radio link, or any combination of these and other technologies.

In 4G, voice can be carried by packets if the technology used is VoLTE (Voice over LTE), even in this case the charging system counts the duration of the call not the transmitted kilobytes.

Generally most operators use 2G mainly for voice, 3G for voice and data and 4G for data. Some operators also have deployed VoLTE and use 4G for voice too.

Are voice and data transmitted differently? 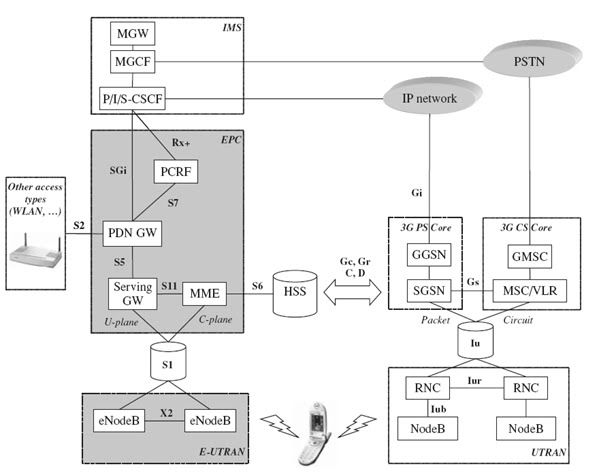 Not the answer you're looking for? Browse other questions tagged mobile telephony or ask your own question.

9
What is "1 Erlang" for network data traffic?
4
Do MVNOs have their own PGWs?
3
Typical 3G data session management
3
Why not all data traffic is going through the 3GDT in 3G data network
0
Comparison between 2g and 3g in terms of PHYSICAL layer
2
Are DECT cordless phones interchangeable?
1
How are PBX extensions configured and how are outside lines obtained?
2
How does cellular data differ from an ISP, and what can be tracked?