How does message switching compare with other switching techniques? 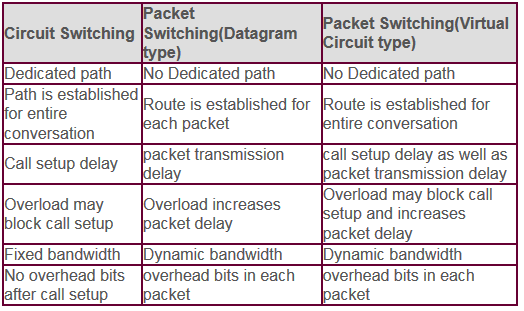 How does message switching fit in this comparison table here?

Are these 4 switching work at different layers in the OSI model?

A message could be circuit switched or packet switched. You would probably classify message switching as an application layer construct.

Packet switching can break a large message into smaller packets to be sent, but a message may be small enough to fit into a single packet, too.

A circuit could carry a message over a circuit switched network.

1
Why Switching Modes and when to use one of the other?
1
Connecting two switches with an access mode port
0
Message switching vs packet switching with respect to congestion traffic