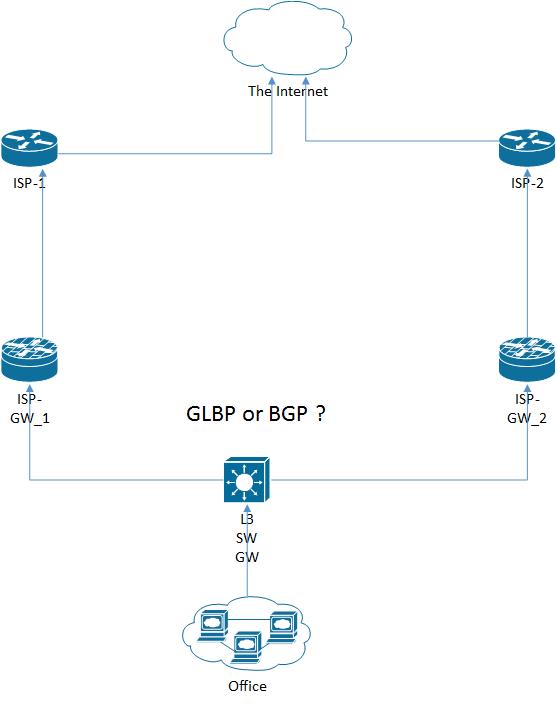 I have a tech startup environment where I'm replacing consumer-grade routers with enterprise-grade.

Now, they are asking if we can have dual ISPs to minimize downtime and any disruption.

Usually, I use GLBP with two Cisco routers for CEF load-balancing, but we are not sticking with Cisco this time. Shall I use VRRP between vendors or use BGP with our ISP gateway being iBGP neighbors with each other?

In the long run, which would provide simple yet effective HA and load balancing?

If you need the layer-3 switch to know about the specific routes advertised from each ISP in order to make intelligent decisions about which direction to route particular packets, then BGP would certainly be the right choice.

I really don't see the need for two separate routers on each ISP link. That could be handled by a single router.

You should think carefully about load balancing. You can end up with asymmetric traffic flows which may cause problems. You can also slow down because of the out of order packet delivery problem. There is no guarantee that to and from a particular place on the Internet is equidistant from your site on each of the ISPs, or even that to a place and from a place will use the same ISP (asymmetric).