I'm having a issue with receiving duplicate packets in my network and I'm unsure what's causing it. A simplistic explanation of what's happening is this:

The network layout is pretty simple - here is a (poorly) drawn diagram: 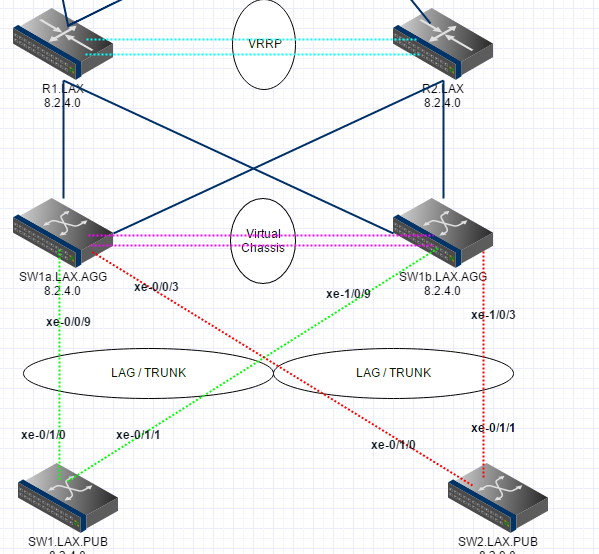 Some things to note that I think is related:

Any suggestion on how I can debug this further / is there something silly I'm missing?

Not sure if you are talking FEX's here but ideally those are NOT dual homed (as in your diagram), provided that your servers are. The proper way to do it is shown below. 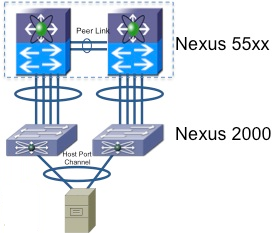 Might be a case of unicast storm flood If pinging from server2 to server1 is fixing the issue, that might be that.

Otherwise, I would check that there is no proxy arp anywhere in your network.

Not the answer you're looking for? Browse other questions tagged juniper-ex loop or ask your own question.