In what situations will an ASA perform route lookup? (transparent mode)

The ASA will perform MAC Address lookup when in transparent mode.

It will do Route lookup only for the following reasons; 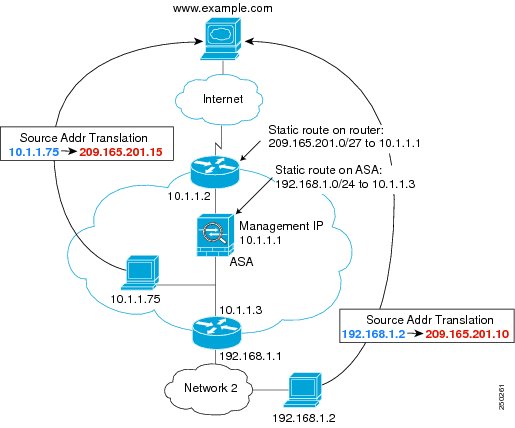 Since it does not have a MAC address for that specific host (because of the router between the host and the firewall) it will look in it's routing table and send the packets to 10.1.1.3.

Not the answer you're looking for? Browse other questions tagged cisco routing cisco-asa firewall or ask your own question.