Where to put DHCP Server with subnets

I have a general question about where to put the DHCP and how it will work on subnets. 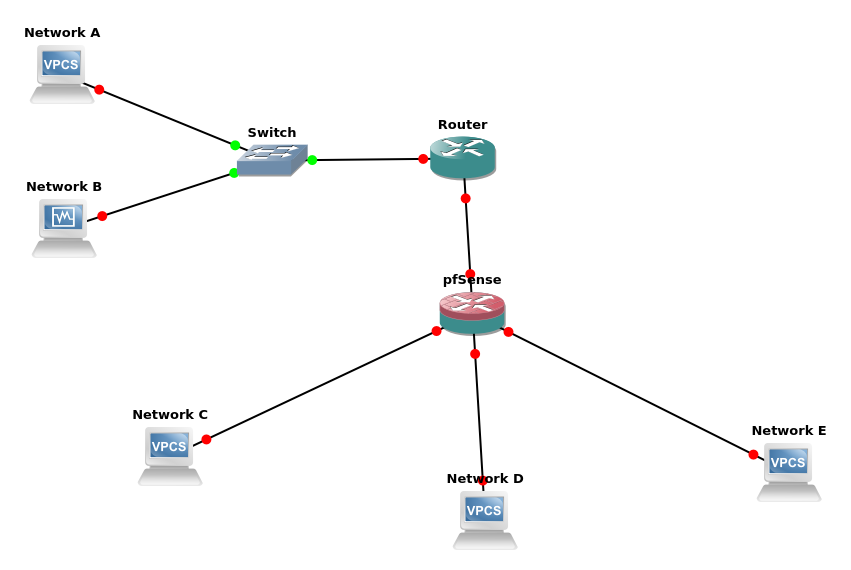 Do I have to configure one DHCP Server on the router to perform the division in two subnets first and then another one on the pfSense for the further division into the unequal subnets?

You should put your DHCP server on whatever network you put your infrastructure services for your clients, such as DNS, Active Directory, etc. Assuming for example, you put it on network A, you configure the pfSense router to enable DHCP relay on Networks C, D, and E.

If you separate A and B, you would configure ip helper-address on the router interface on the B network.

Remember that DHCP does not do subnetting. You design your subnets, configure your routers to allow the different subnets to communicate, and finally add DHCP servers to distribute addresses to devices in those subnets. The DHCP server needs to be configured according to how you've done your subnetting of course.

You can place DHCP servers wherever you like if you design redundancy appropriately : I run just a handful of DHCP servers for a corporate network of almost 2000 locations. The trick is setting up DHCP Relay functionality (aka ip helper in the Cisco world) so that a subnet without a local DHCP server can be served by a server elsewhere.

Not the answer you're looking for? Browse other questions tagged dhcp or ask your own question.

16
Best practice using Cisco's "ip-helper" for DHCP?
4
How to allow DHCP Client to switch to an identical network on a different subnet without losing TCP/IP
3
Cisco DHCP discover with multiple routers - dhcp discover without reply
2
2 or more subnets in 1 VLAN with a DHCP server inside one of the subnets on a Cisco router
1
Question with DHCP and Subnets (Packet Tracer)
1
DHCP packets - aren't they always supposed to be broadcasted?
2
How to set up DHCP in tagged VLAN with Cisco 300 switch