Our customer has two Cisco WiSM(1) blades running code 7.0.x and wants to migrate to Cisco 5508 controller which have code version 7.5.x

The WiSM(1) blades are EoL and they aren't able to run newer code than 7.0.x

The challenge is that our customer has a large install base of 1230 series APs (around 100 pcs) which are totally EOL and are not supported in 7.0.x+ code.

Unfortunately we need to run at least a 7.3+ code on the new 5508 because our customer is going to replace those APs with 2600 series APs which are not supported with the 7.0.x code.

Because of the physical topology it's not possible to replace all those APs in a "big bang" fashion, that means we have to assure that roaming in those parts of the building, mostly warehouses, is possible between an old 1230 AP (connected to the WiSM) and the new 2600 APs (connected to the 5508 WLC)

I think the easiest way would be to form a mobility group between WiSM and 5508 controllers but i tried to setup a mobility group in-between the WiSM and the 5508 Controller but it seems like this scenario is not supported with such a different major code releases.

In that case, my next question is:

What would be a best practice scenario to migrate the APs with the least amount of downtime and roaming issues?

To give you a background overview about the topology without going into to much details.

On one hand, we need to make sure that new 2600 APs will connect to the new 5508 controllers to get provisioned. But on the other hand it's important that if a old AP reboots, still find the WiSM Controllers to connect.

In my opinion that cancels out to reconfigure the DNS Records to the 5508'ers!

It maybe also possible to configure the DHCP option 43 for those scopes which contain APs which are going to be migrated. That would at least give us the flexibility to have the leverage to control over which APs connects to which controller. However, it would still not solve the problem where clients could not roam between old and new AP's since they're still on separate controllers. 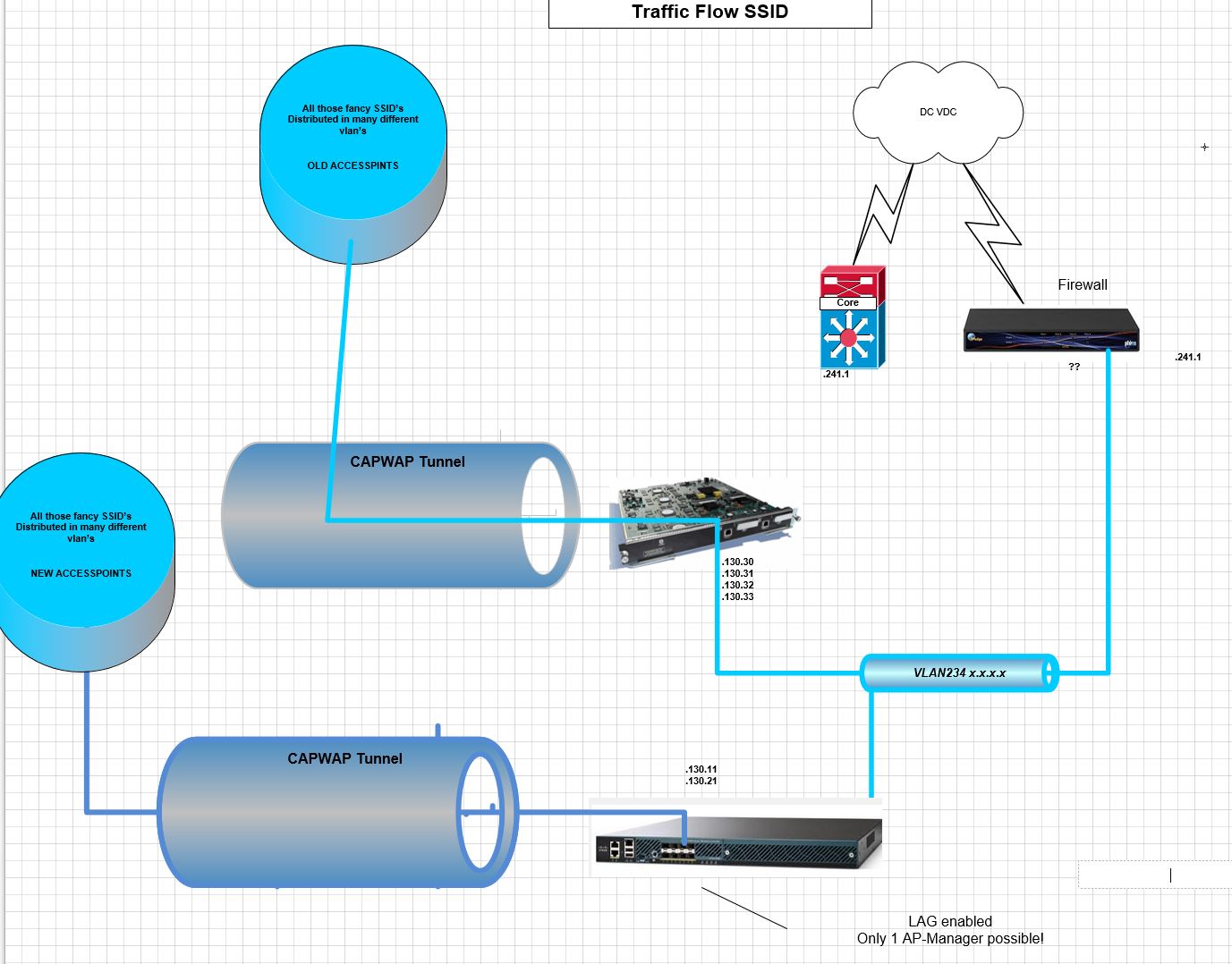 The 5508 can run also 7.2. If you could get the mobility group/anchor to work with 7.2, then why you could downgrade it to 7.2 during the transition process.

Thus, if one of your 1230 APs were to reboot - even if it does a DNS lookup for CISCO-CAPWAP-CONTROLLER (which would then return the 5508 IP), it should still connect to the old controller.

I would also assume that your new 5508 has SMARTnet? Open a TAC case with Cisco and see what they say!

Not the answer you're looking for? Browse other questions tagged cisco wireless wlc or ask your own question.