What are the reasons for not putting multiple subnets on the same VLAN?

I would like to know why we do not (and should not I guess) use 2 different networks on the same LAN/vLAN. From what I tried and understood :

The idea/principle of a LAN/vLAN is, in the course I've followed, described as a broadcast domain. But I am confused since I can configure 2 working networks within the same LAN.

Note : each side of the topology has a host from network A and B 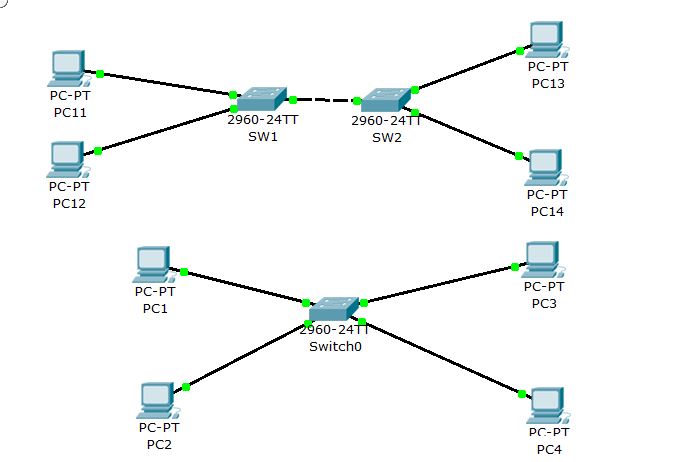 Now, nobody does that and I supposed it is for some goods reasons, but I did not find what are those reasons and that is what I am asking you ?

I found this topic which seems similar, but the purpose is not the same.

There's really no reason not to put multiple subnets on the same VLAN, but there's also probably no reason to do it.

We generally don't do it because of the messiness and lack of security. One VLAN = one subnet is easier to document and easier to troubleshoot and there's usually not a good reason to complicate things.

The only reason I can think of to do it is company mergers or network upgrades and for both of those I'd prefer it to be temporary.

Edit to clarify, for the hosts on different subnets but the same VLAN to talk directly you'd need to either make them their own default gateway or add a route to the "other" subnet that connects it to the interface.

In the gateway case if the host IP was 10.1.1.2 then the gateway would also be 10.1.1.2. This will cause the host to ARP for everything on or off it's subnet. This would allow it to talk to the second subnet on that VLAN but the only way it'll be able to talk to anything else is if there's a router/firewall running proxy arp that can help it out.

There are issues, when multiple IP subnets are used on a single layer-2 segment (i.e. VLAN).

Some devices, notably the Cisco Adaptive Security Appliance (ASA) and Firepower Threat Defense (FTD) firewalls, do not support configuring multiple IP addresses on an interface. You wouldn't be able to use these devices as a router/default gateway for all subnets.

Assigning IP addresses to hosts via DHCP becomes challenging as the DHCP server can only infer the layer-2 segment on which a client performed request:

If multiple subnets are used per layer-2 segment, the DHCP server must be explicitly told which subnets belong together. This feature is often called shared networks and not all DHCP servers support it. The Kea DHCP server documentation describes this feature quite well.

Direct communication between IP subnets without a router involved becomes possible when sharing a layer-2 segment. This may be a security risk.

IP broadcasts, irregardless of whether they are sent to 255.255.255.255 or a network broadcast address such as e.g. 192.0.2.255 for 192.0.2.0/24, will be mapped to layer-2 broadcast (with Ethernet a frame with destination MAC address ff:ff:ff:ff:ff:ff), that is flooded to every port attached to the layer-2 segment and will therefore need to be processed by every host irregardless of the subnet.

If a appropriate routes are configured on end hosts and end hosts implement the weak host model, end hosts will even be able to have IP unicast communication with each other, by requesting and answering cross-subnet ARP requests.

Due to the above issues, I would advise against using multiple subnets per layer-2 segments. Still there are a few use cases (aside from the deceptive simplicity of only configuring a single VLAN).

When migrating hosts from one subnet to another without disruption, it is necessary to temporarily configure multiple subnets.

If all/most IP addresses of a given subnet are used and a simple broadening of the subnet mask is not possible, because the adjacent subnet is already used somewhere else and renumbering is not feasible in the short term, shared networks may serve as temporary kludge.

This is only a real use case for IPv4 networks, as in IPv6 networks, the size of a subnet is (almost) always /64, which is virtually impossible to exhaust.

In access networks, such as DOCSIS cable networks, customers may use their own IP router, that is distinct from the provider's modem. The provider may want to manage the modem via IP though, through a different subnet from the customer subnet. Technically this could be accomplished via layer-2 segmentation (e.g. VLANs) on WAN side of the modem too, but I don't known if this supported or done in practice.

I just wanted to give a real world example of why you might want 2 subnets on one VLAN/LAN:

We have some offices that want non-NAT public addresses and some that want private IP addresses (10.x). By running 2 subnets on 1 VLAN, the users can plug a switch into the office's single ethernet port and have some devices privately IP'd and some publicly IP'd. This saves the admins time and wiring costs of having to run multiple connections to each office or switch links between VLANs anytime there is a change wanted by the end user.

Peter Green gave a good summary of some other pros and cons that I agree with.

Now, nobody does that

That statement is not true. Some admins do it, some don't. There are pros and cons to such a setup.

We can add multiple subnets to a single vlan. There is a feasibility in the networking world.. but it adds more complexity to the network, making it more difficult to understand by new admins. But it is possible in real time.

We can add more than one subnet to a single Vlan in a scenario where the existing network gets exhausted if the subnet IP pool gets exhausted. Then we can take this concept of adding a new subnet to the same Vlan without adding additional Vlans

But it should be a static environment. In a DHCP running environment, adding multiple subnets to a single Vlan is not feasible

5
What blocks a computer from another network in the same switch from answering an ARP request?

2
What will happen Pc1 > switch1 > switch2> PC2
1
How do I use the same subnetwork on multiple interfaces if the computers on the VLAN are distributed among them?
2
What does a LAN switch do if hosts are/are not in the same LAN?
12
What are the reasons for seeing an incomplete ARP?
3
vPC with HSRP strange arp issue
3
Change VLAN id in trunk
3
A VLAN maps several subnet
5
STP convergence process needs detailed explanation, please
1
What is the appropriate VLAN configuration for this?