Is there any alternative command for show interface status on a switch? 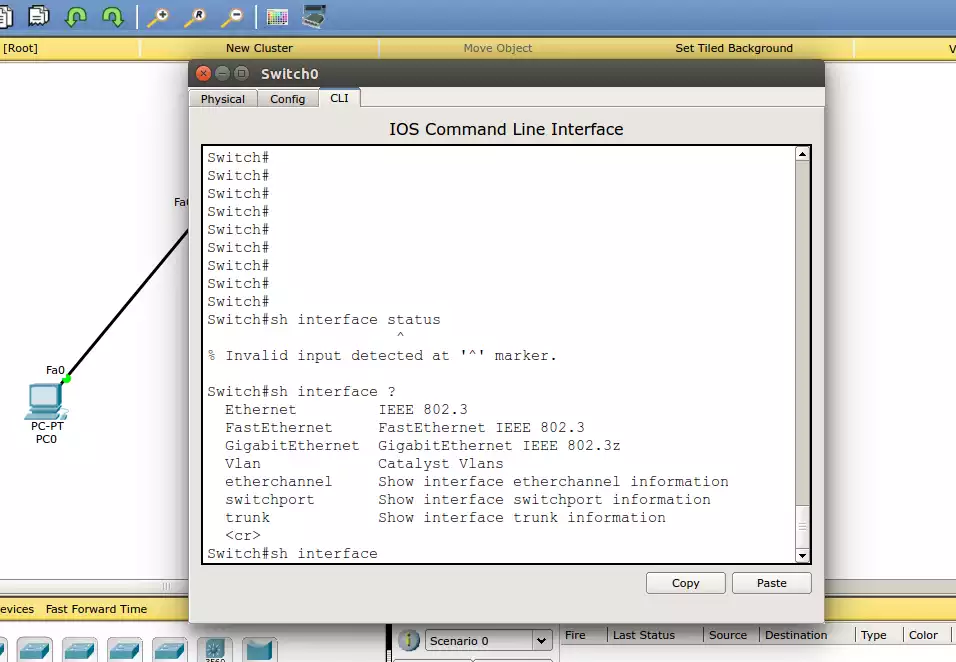 As you said, that command does not exist on packet tracer. The only command I can suggest to you would be "show ip interface brief" which will not show you the speeds though. This is mainly used to display ip addresses assigned to layer 3 ports. Alternatively, you just need to use "show interface" and view all the details of the port. But with "show ip interface brief", it will at least show you the status. – SleepyMan

Packet Tracer does not support this command yet. (v7.1.1).

Packet Tracer is a simulator and it comes with some limitations. It does not run all commands that run in real Switches or Routers.

GNS3 is an alternative to Packet Tracer and it supports this commands.
Try GNS3: https://www.gns3.com

GNS3 allows you to visualize, plan, test and troubleshoot network environments across any vendor platform at scale - without the need to directly interact with the network hardware. With the intuitive graphical interface, users can seamlessly connect all types of virtual interfaces to compose a real representation of networks. GNS3 runs on traditional PC hardware and may be used on multiple operating systems, including Windows, Linux, and MacOS X.

What is the difference between an emulator and a simulator?

An emulator will run an exact copy of an actual network operating system. A simulator is designed to have a resemblance to the actual network operating system, but only 'simulate' functions. GNS3 Ironically has 'simulator' in its acronym, but it simulates entire networks, not just network operating systems. Most users use GNS3 to emulate Cisco IOS as well as other vendors. But what sets GNS3 apart from other simulators, is its ability to EMULATE routing and switching as well as incorporate REAL virtual machines and connect them together via a logical tunneling system (overlay network). That is why it is better to say where other software SIMULATE, GNS3 has made advances to EMULATE your real production networks.

What is the difference between GNS3 and Packet Tracer / VIRL?

Packet Tracer and VIRL are Cisco's offerings and answers to the advancement of GNS3's advanced EMULATION. There are strengths and weaknesses to each product, but GNS3 is first in Emulating real production networks. For more information attached are some recent articles written on the comparison: Cisco VIRL vs. GNS3 - How They Compare - GlobalConfig.net (Un)Biased review of someone who used VIRL

Not the answer you're looking for? Browse other questions tagged cisco switch cisco-commands packet-tracer or ask your own question.

4
Access Cisco Call Manager Express on 2811 Router
6
ISP edge router configuration
2
Cisco - #show inventory vs #show interface
2
Show Inventory command on Cisco
1
Identifying WAN or LAN side IP addresses on cisco routers
3
Data-packets, sent to a router, are treated differently based on their origin: clarification needed
0
Cannot Ping Linux PC through L2 Switch
5
How to connect to a non VLAN Router device from a Trunk VLAN on a catalyst Switch
2
How can the Cisco Packet Tracer show the port's name?
0
Unable to ping between router and routed port on L3 switch. Why?