How data flow via APs with a controller? 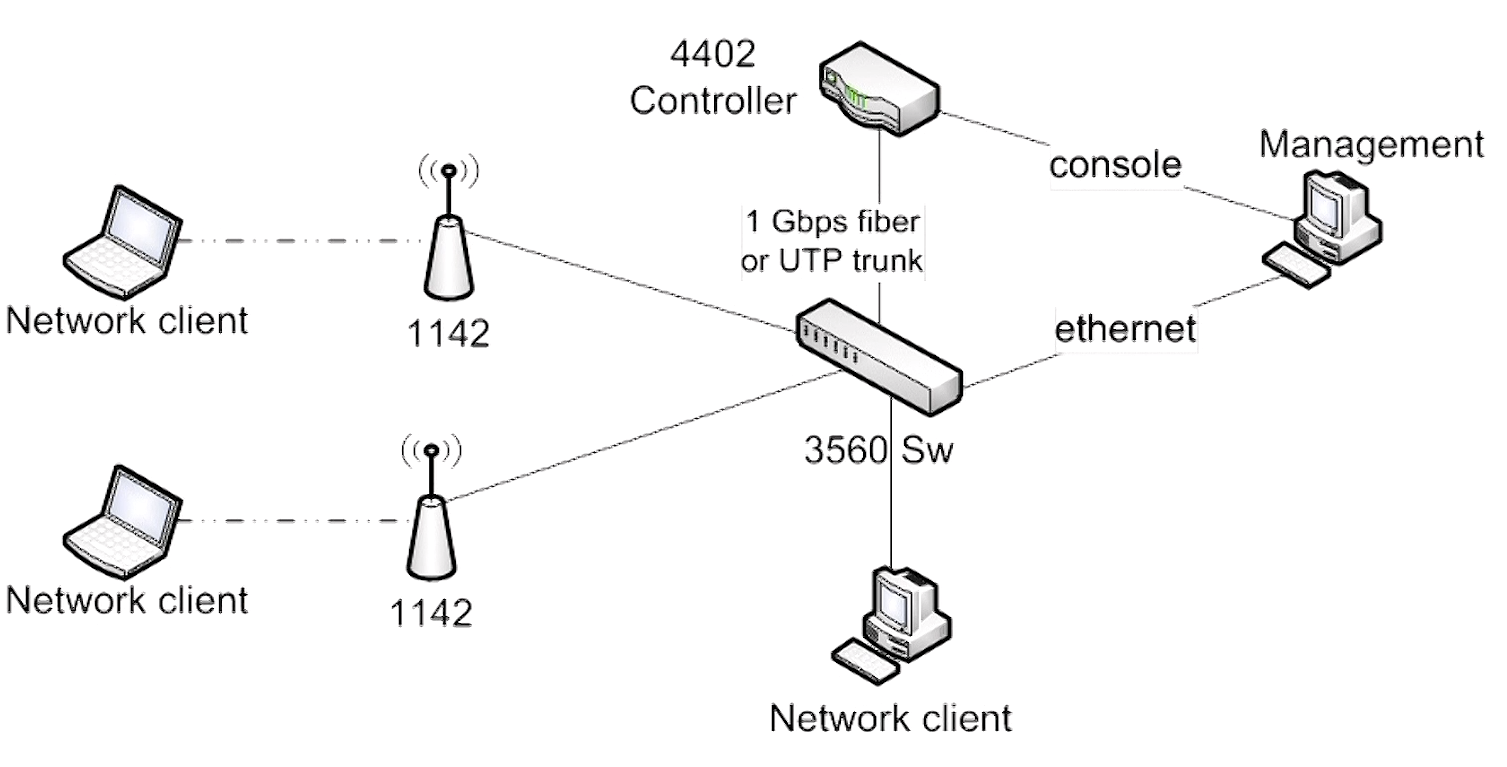 I saw a tutorial video which teaches me to build a wireless network like the image above.

And he said he used two VLANs:

I can understand that APs can talk to controller since they're in the same VLAN.

But here comes the problem. How can he set the two clients to another VLAN while they communicate via APs?

If the two clients have no VLAN since they're not directly connected to the switch, are they in the same VLAN as the AP they connect to?

If so, will there be some security issue that hosts and controller are in the same VLAN?

A controller could have multiple user data VLANs, each with its own SSID, with which the WAPs work. Each WAP could advertise all or some of the SSIDs, depending on how the controller configures each WAP. The WAPs get their configurations from the controller; they are not configured individually.

7
AP's at remote faciltiy will not join local controller
6
Cisco WLC Mobility Group between 7.0.x and 7.5.x
1
Unidirectional untagged VLAN into another untagged VLAN
1
Possible issues on having separate Guest Access Points?
1
Mikrotik - Cisco requests not working properly
2
What is the difference between "Client Mode" and "Independent Bridge" in an AP?
1
Securing VLANs for Wireless AP with multiple SSIDs
0
How to save authorization infos on UniFi Network Controller?
0
AP won't join WLC