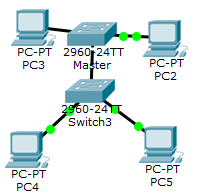 To answer the first part of your question: The MAC address doesn't change on frames within a LAN, only after passing through an L3 gateway/router where they could be changing Ethernet LAN/ broadcast domain or even changing to some medium other than Ethernet.

And part two: The switches are transparent, but switch one will learn all the MAC addresses for devices connected to switch two are on the port facing that switch and will forward the frames out that port.

That is incorrect. The source and destination MAC addresses in a frame do not change on a LAN.

You may be thinking about the frame being stripped from a packet when it crosses a router, and the router needs to create a new frame with new source and destination MAC addresses for the next hop, but switches on a LAN are transparent devices. The only changes made to a frame may be the addition of a VLAN tag when a frame crosses a trunk, or the removal of a VLAN tag when a frame exits an access port.

In response to your 2nd question, the answer is - it depends. If there is VLAN tagging between your two switches, then the L2 header would be modified with one or more VLAN tags on the connection between the two switches (however, this is not to say that any MAC addresses directly associated with the 2960s themselves would be involved in any kind of forwarding decision between the PCs - they wouldn't be).

Assuming VLAN tagging is not being used in your example, then the answer would be no. Each switch would only know that there are multiple MAC addresses learned on each of its interfaces that have the connection to the other switch.

The top 2960 would have a MAC address table with 4 entries, and those entires would be the PC MAC addresses. One PC MAC on each of those ports, and 2 PC MACs learned via the interface that the bottom 2960 connects to.

Similarly, the bottom 2960 would also have a MAC address table with 4 entries. One per PC MAC that was directly connected to the switch, and another 2 PC MACs learned via the interconnected interface to the top switch.

Edit: And for completeness, as Ron pointed out, the L2 header is not modified when the frames are not crossing an L3 boundary.

Not the answer you're looking for? Browse other questions tagged switching mac-address layer2 or ask your own question.

8
Why each and every single port on Layer 2 switches need to have it's own MAC address?
4
What happens if two hosts with the same MAC address are in the same broadcast domain?
2
Which WiFi MAC addresses do signal boosters use?
9
How are MAC/IP addresses used in routing
2
What happens when a switch sends a frame to another switch?
4
Learning of MAC addresses with cut-through switching?
1
Layer 2 Switch Mac Address
8
Do routers change MAC address of packets when forwarding
1
Is it possible to propagate MAC address back to sender?