How does an AP acquire a channel via RTS/CTS in IEEE802.11ac?

There is one thing I do not understand in this IEEE 80211ac MU-MIMO specification and it concerns the way an Access Point can safely acquire a channel via the RTS/CTS mechanism before sending multiple frames to Stations. 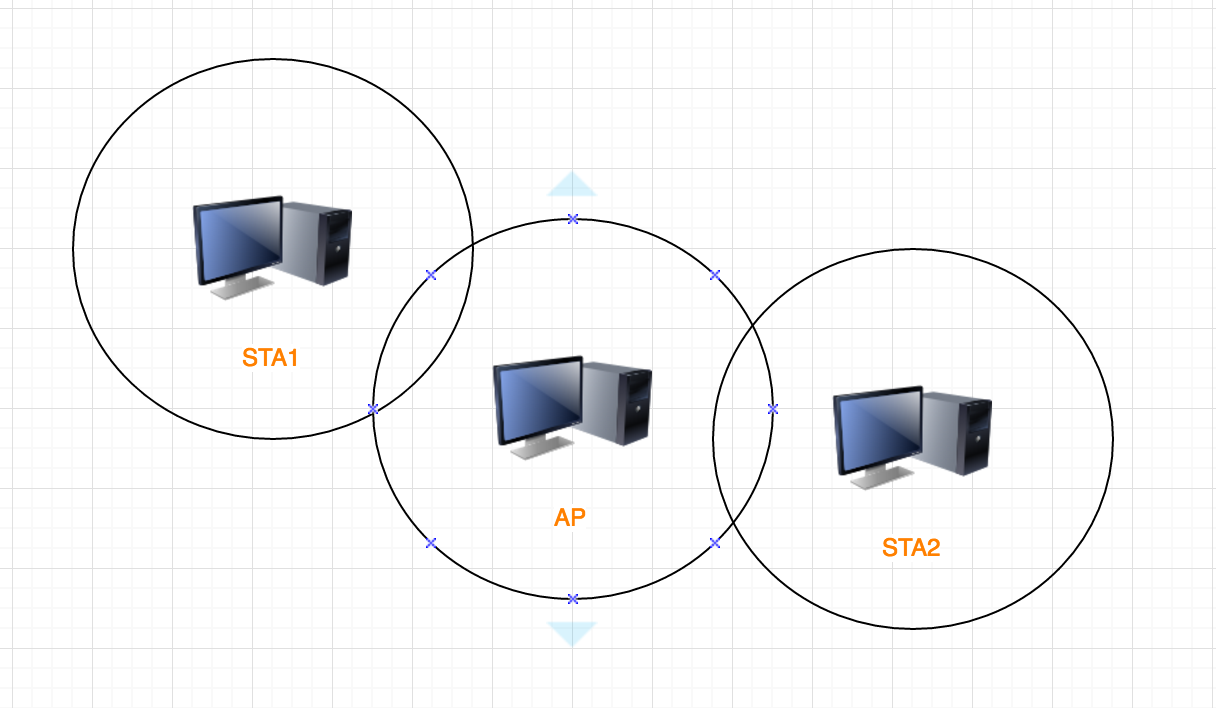 Now, the AP wants to send data and it will use MU-MIMO in order to send 2 packets:

AP should acquire the channel so how does it do that?

Seems fine, but the problem is that nobody notified the stations in range with STA2 which might start sending stuff while STA2 should listen for incoming frames.

A global RTS is sent? And everybody responds with a CTS? Seems strange as AP needs to poll in sequences for CTS responses as it does with ACK frames...

It is very confusing. Can you explain me how AP acquires the channel?

I'll be trying an answer here, but it is a difficult subject.

First I think we should note that 802.11ac traffic is not necessarily in MU-MIMO, as your title might suggest. Today this technology is still under test at the WiFi Alliance and there is no client device that implement it. Also, in 802.11ac, MU-MIMO is used only in a downlink context, thus it is really named DL-MU-MIMO.

The AP sounds the channel the same way it does in SU-MIMO, using Null Data Packets sounding PPDUs (NDP for short).

As IEEE Std 802.11ac-2013, 22.3.11 says it, the AP uses DL-MU-MIMO beamforming to perform the transmission using different subsets of the same space-time streams:

With SU-MIMO beamforming all space-time streams in the transmitted signal are intended for reception at a single STA.

With DL-MU-MIMO beamforming, disjoint subsets of the space-time streams are intended for reception at different STAs.

The steering matrix then provides the informations used to create the space-time streams in a way that it suppress crosstalk between participating beamformees. And the beamformee recreates its feedback matrix on each NDP sounding PPDU received.

Once that is done:

The AP can create up to four A-MPDUs, each carrying MPDUs destined for an associated MU-capable STA. The AP then transmits the A-MPDUs simultaneously in separate space-time streams such that each recipient STA is able to demodulate the space-time streams carrying its A-MPDU.

There is no relation between MU-MIMO and RTS/CTS. The acquisition of the channel works the same way.

In theory, the AP uses contention windows and if it fails and leads to retries, it uses RTS/CTS to secure the channel transmission as a way to ensure that all frames will be transmitted this time. In a practical context, the implementation is dependent of the chipset and might differ from the theory.

Regardless and concerning your question, RTS/CTS is not station-dependent. When the AP wants to transmit a frame over the full 80MHz of its channel, it sends a Non-HT (meaning a 802.11a) duplicated RTS frame across all four 20MHz channels, indicating that it would like to acquire the whole channel. Then, receivers of the RTS (every STA in the channels) do their own Clear Channel Assessments and, for each free channel, send CTS frames. Then the AP is able to take a decision based on the results. 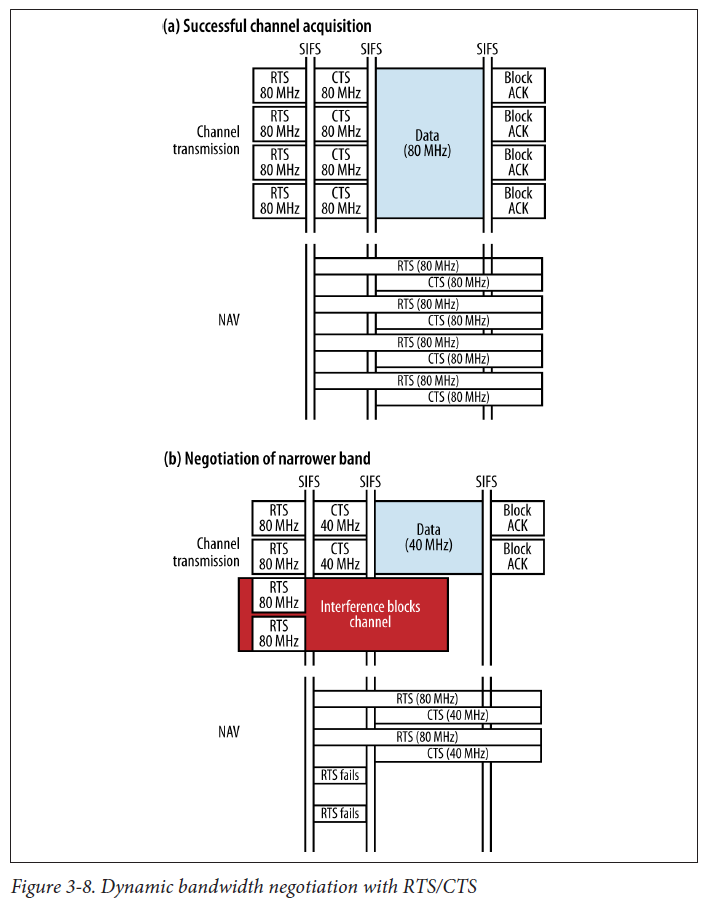 In our context, that would mean both stations would send CTS frames. Then, the regular dynamic bandwidth process would be used to determinate the best bandwith available. If one of the stations cannot send any CTS frames (on any of the 4 20MHz channels), for example because of some interferences on the whole 80MHz bandwidth, the AP would defer its transmission until the channel is newly free (or it might change channel if a real-time auto channel selection mechanism is implemented, allowing the transmission to be carried on). In the end the dynamic bandwidth process will select the best bandwith by taking in account all CTS frames received, but the transmission decision stays implementation-dependent.

One last note: in the case of your network, there would likely be near to no point in using DL-MU-MIMO as your stations are almost out of range. MU-MIMO would be best used at low-range, eventually mid-range.

Not the answer you're looking for? Browse other questions tagged wireless ieee-802.11 or ask your own question.

0
are RTS/CTS packets channel dependent?
1
RTS/CTS simultenous transmission of RTS frame
1
When does a node send its RTS frame after CTS?
2
How using a wider channel in wireless medium doubles the data rate?
6
Why is RTS/CTS optional for IEEE 802.11?
2
Why is there no contention window after a DIFS interval on the first transmission in diagrams?
2
How does MU-MIMO allow multiple users to talk at the same time avoiding collisions?
1
how ieee 802.11s does channel switching? is it supported?
0
How to measure the SINR for channel bonding?