Packet transfer from one host to another 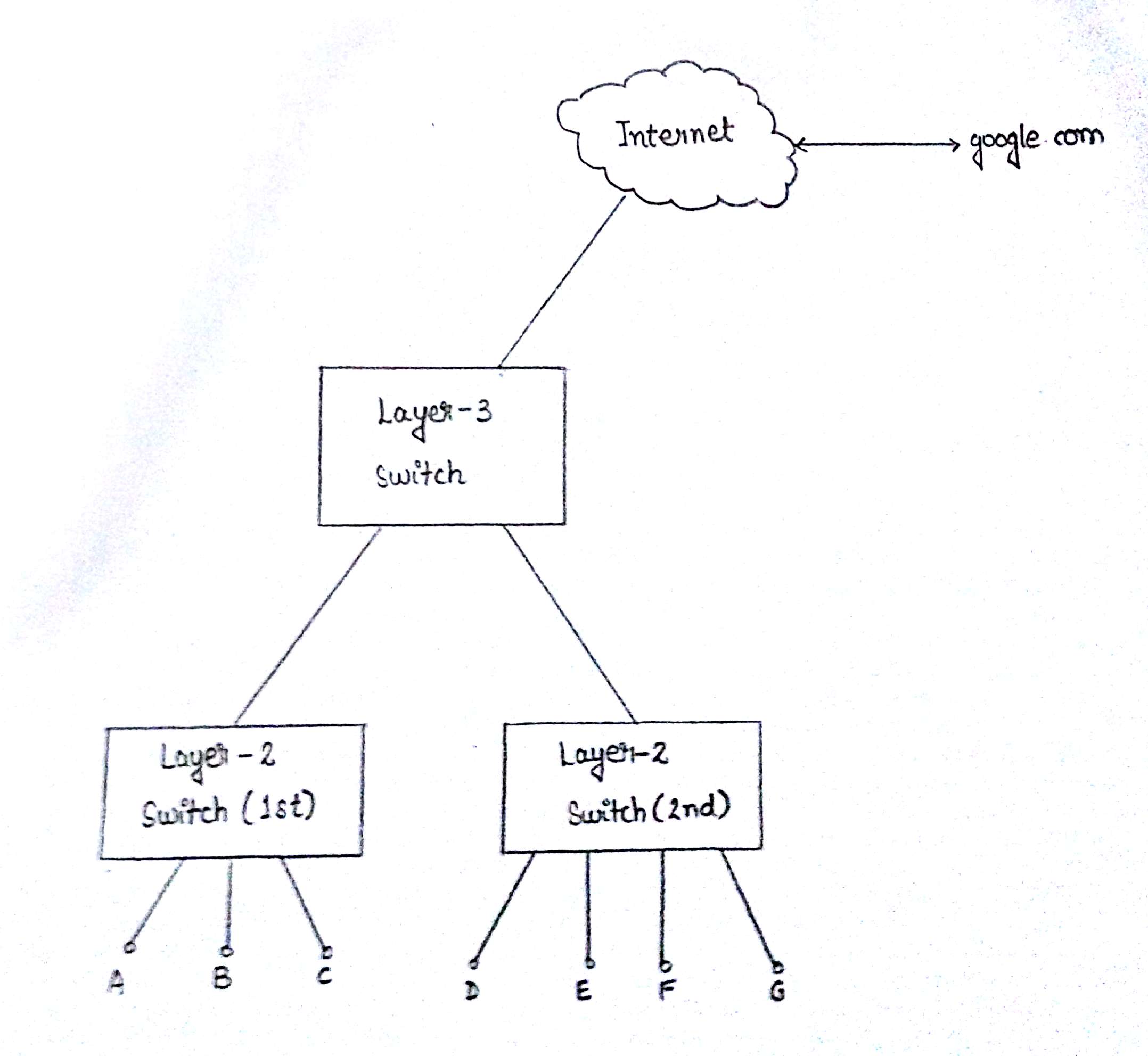 A routing table will have entries for the directly connected networks, any static routes you have configured, and any routes learned through routing protocols that you may be running to exchange routes with other routers.

The routing table entries for each network will include the interface to which traffic destined for that network should be sent.

Based on you drawing: You could have three routes for the directly connected networks. You probably have a statically configured default route for the Internet, or you may be running BGP with the ISP router to which your layer-3 switch connects, in which case, you may have other routes learned from the ISP router.

Packet forwarding to host A from layer3 switch

Not the answer you're looking for? Browse other questions tagged routing switch subnet internet layer3 or ask your own question.

3
Should I receive an ARP reply from a host that is logically on a different subnet but is connected to my host via a hub?
2
How can fat tree ensure bandwidth?
8
Does a switch understand packets? If yes, what is the frame terminology for?
1
Multiple odd entries in ARP table of switch
1
Ping a host that is in the same LAN
1
Frame transfer from one switch to another configured with VLANS
1
Firewall on a stick for Intranet and static routing