Can I create a network without a router?

I'm doing a quite simple network setup (hopefully): a file server and a Wi-Fi/AP.

The AP which I've got is a biz-grade AP, much more robust, but it is without a built-in router (so no standard DHCP server builtin)...

It does have a 'hotspot' mode, which (when activated) hands out DHCP over Wi-Fi, and routes them to the gateway port (essentially a walled-off guest Wi-Fi network running on the same AP, not allowing access to the LAN).

My hypothesis is this... I think I can make my network like this:

Set AP "hotspot" to serve out DHCP for WIFI clients, effectively sending that traffic to its gateway (10.0.1.254).

*I also don't need this network to connect to the web - it's a closed network designed to accomplish a single specific task...

Is this possible? Will the server actually talk to the AP in this manner? Do I HAVE TO have a router just to make this work?

Yes, surely you can create a network without using routers.
Routers are used to filter and forward packets from one network to another network. The network you will create will only be able to communicate with the nodes that are inter-connected with each other via the Layer-2 Switch.
Default gateway is used whenever a packet is not destined for the current sub-net you are in (which means the destination IP of the packet exists on a different sub-network). If the packet belongs to the same sub-network you are in, then routers won't be required to deliver the packet. You can consider this. Suppose you want to send a package (like a greeting card, a gift, or something else) to someone. If the person lives in the same building (or even the same city), then you can directly deliver the package to that person. If the person is living very far away and don't know exactly how you can each the person, then you will be taking help of some company that provides courier service (like FedEx).
You can find the IP addresses, that belongs to your sub-net by using ipconfig or ifconfig (for Windows or Linux respectively). It shows you IP address and the sub-net mask, which can be used to find the range.
The image below shows a typical network that can be created just by using Layer 2 devices (no routers). It is made using Cisco Packet Tracer software. 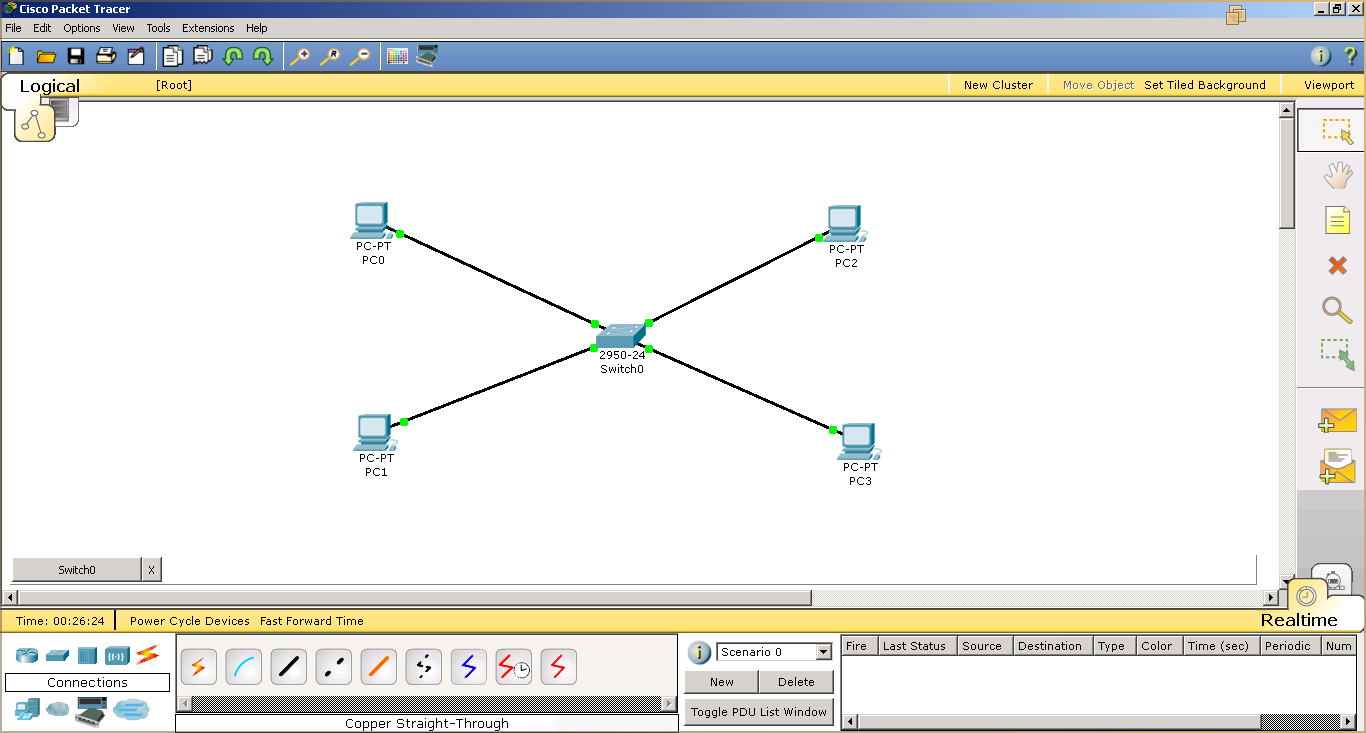 can i create a network without a router?

Yes. The basic component of a network is a link-layer device that several endpoints connect to, for example an Ethernet switch or a WiFi access point. Once the endpoints are connected, they can communicate with one another over the network.

Not the answer you're looking for? Browse other questions tagged router ip ieee-802.11 or ask your own question.

8
Advice for network & device configuration using Comcast Modem?
1
VLans on small sites with no core switch
0
Connectivity from DHCP-based machines to servers with static IP addresses on the same gateway
3
What's the difference between DHCP Disabled or Relay on an access point?
0
How to Run Static IP Through Comcast Business Class Modem to Router?
0
Can a device with static native IP communicate with another device getting IP from DHCP