I have a scenario of six switches (C2960S, Version 12.2) running out of PVST instances so a transition to MST is inevitable. Seeing how small scale the setup is, I assume I could shut a few links to ensure there are no loops, turn off spanning-tree and then configure MST.

Once done I should be able 'no shut' the shutted links. Am I right in it being this straight forward, or are there any caveats with my approach? 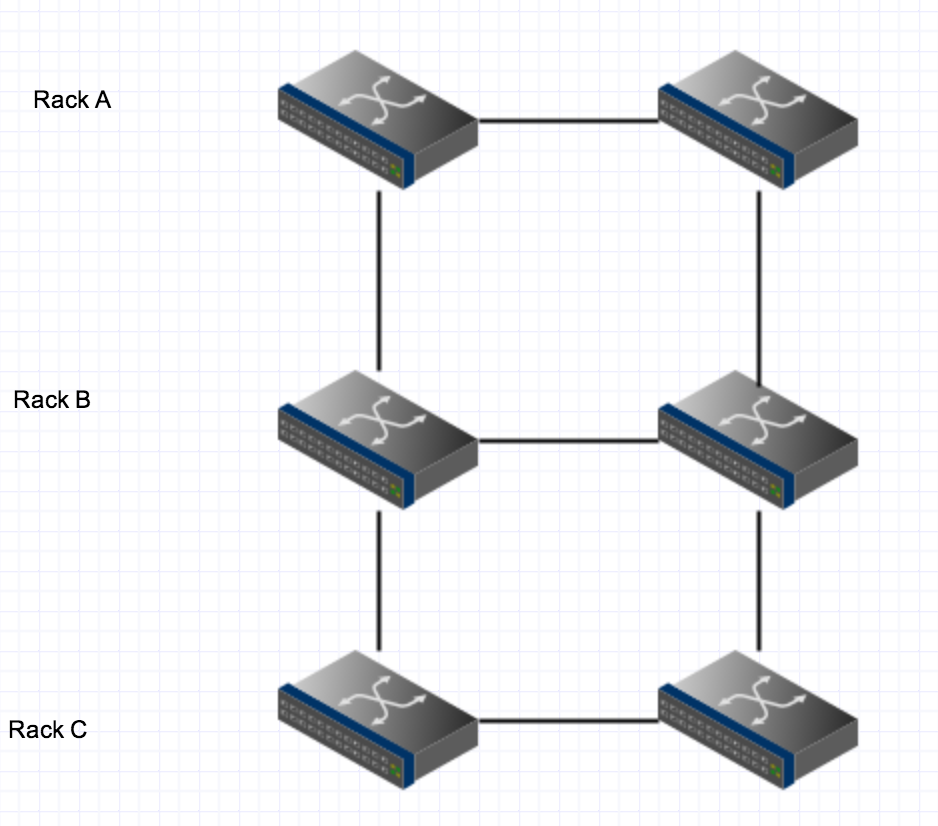 UPDATE 1: I did convert the root bridge, after shutting enough links to not have a ring/loop, to mst using the following configuration:

After this I lost connection between the root bridge and a neighbor switch. The state of the port was BKN. I proceeded to check all trunks native vlans, but couldn't find a mismatch. I quickly reverted and here I am, with not much more information.

UPDATED QUESTION 1: Given the simple topology, if I disable enough links to prevent the ring and thus loops, could I not disable stp altogether and then set up mst on a switch at a time?

I recently went through a similar migration that eradicated proprietary protocols (i.e., PVST+, HSRP, etc.); our transition was focused on posturing us for a 'vendor neutral' network. Since you're running Cisco devices, you're likely running PVST+.

Cisco covers this in more detail, but the crux of it is fairly simple: establish a hierarchy and, contrary to what common sense would tell you, start from the core and move outward.

Set your priorities in a manner that cascades down. Base this hierarchy on what is closest to a central node. All nodes participating in this STP setup should be on a common structure, so for simplicities sake, manually set one root bridge with the spanning-tree vlan xx,xx root primary.

Once you're ready for the migration to begin, start with the core. The reason for this is because MST is backwards compatible with PVST, not the other way around. A PVST core won't be able to communicate with BPDUs from MST nodes; those trunk links will drop. If everything is going right, you'll see a small drop while the new STP protocol comes online and figures out the current lay of the land.

Then just trickle these protocol changes down all the way to your furthest nodes.

End-users might not even notice the small blip while MST elects a root bridge.

Not the answer you're looking for? Browse other questions tagged spanning-tree cisco-ios ieee-802.1s or ask your own question.

7
How do I configure a port as STP “non-edge” on Juniper EX switches?
10
How can I make a PVST+ switch root towards MST network?
6
Converting to extended STP system-id
4
Spanning-Tree Interoperability between ProCurve core & Cisco access layer
1
Finding the optimum root bridge for a spanning tree
5
When and where to use Spanning-Tree (Portfast)
1
Spanning-tree MSTR port role
5
How does STP convergence work?