I have a L2 port-channel, up and running, between two Cisco switches 3560 and 3750E. Traffic is load-balanced fine by src-dest-ip, but I have one problem: I can't ping the radio links connected to each one of the ports of the bundle from my NMS server. I am sure that this is a problem related to arp-mac address tables and load-balanced traffic. The MAC table entries are correct to the portchannel interface.

Any idea to resolve the connectivity issue? I can't separate the two VLANs passing through the portchannel, and static mac assignation to the portchannel interface doesn't work.

The devices sometimes respond to ping and sometimes not, and it depends on the device from which I am pinging. 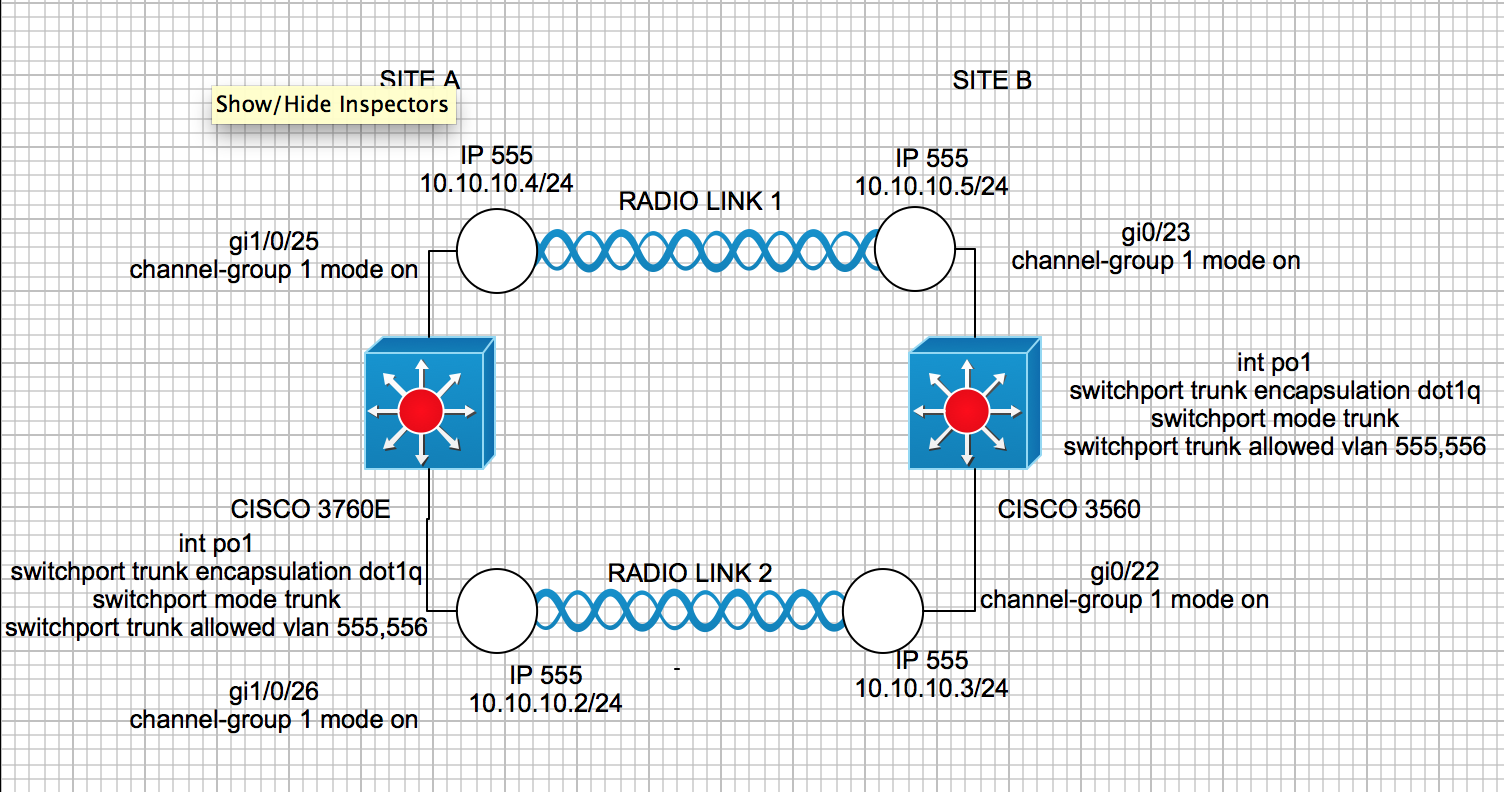 You can try to change the algorithm to see if that fixes your problem.

EtherChannel balances the traffic load across the links in a channel through the reduction of part of the binary pattern that the addresses in the frame form to a numerical value that selects one of the links in the channel. EtherChannel load balancing can use MAC addresses or IP addresses, source or destination addresses, or both source and destination addresses. The mode applies to all EtherChannels that are configured on the switch. You configure the load balancing and forwarding method with use of the port-channel load-balance {dst-ip | dst-mac | src-dst-ip | src-dst-mac | src-ip | src-mac} global configuration command.

You can find out which interface is used in the EtherChannel to forward traffic based on the load balancing method. The command for this determination is test etherchannel load-balance interface port-channel number {ip | mac} [source_ip_add | source_mac_add] [dest_ip_add | dest_mac_add].

While what you are doing may work for the traffic, it is a very bad idea. Trying to run a port channel across links that changes speed on the link can cause problems.

Not the answer you're looking for? Browse other questions tagged cisco switch cisco-catalyst port-channel or ask your own question.

19
Finding transparent firewall packet loss
10
KEMP load balancers using UCARP (VRRP) - multicast MAC address not being picked up
1
Cisco 3560, SVI and VLAN tagging
2
Why would you use port security mode “protect?”
4
Help optimize a LAG with LACP and two different algorithms on each side
1
Can't ping Linux hosts on a certain subnet unless core router pings them first
1
Put hosts in own VLAN on the same switch and be able to ping hosts
3
Port channel to two different switches
3
Finding a lost device
4
Port Channel Hybrid Port Issue