In Multiple Spanning Tree, 802.1s, an MST region appears to the external world (another MST region, a 802.1d or 802.1w switch) as a single (virtual) bridge, using its IST instance.

What is the priority of this virtual bridge? How do we configure it?

What need to be configured on all members of the MST region to ensure this MST region virtual bridge will always be elected as root bridge?

Set the root priority on the 0 instance:

This will insure this bridge has the lowest priority of any other switch in the region.

When a switch boots up, it declares itself as CIST Root and CIST Regional Root and announces this fact in outgoing BPDUs. The switch will adjust its decision upon reception of better information and continue advertising the best known CIST Root and CIST Regional Root on all internal ports. On the boundary ports, the switch advertises only the CIST Root Bridge ID and CIST External Root Path Cost thus hiding the details of the region’s internal topology. 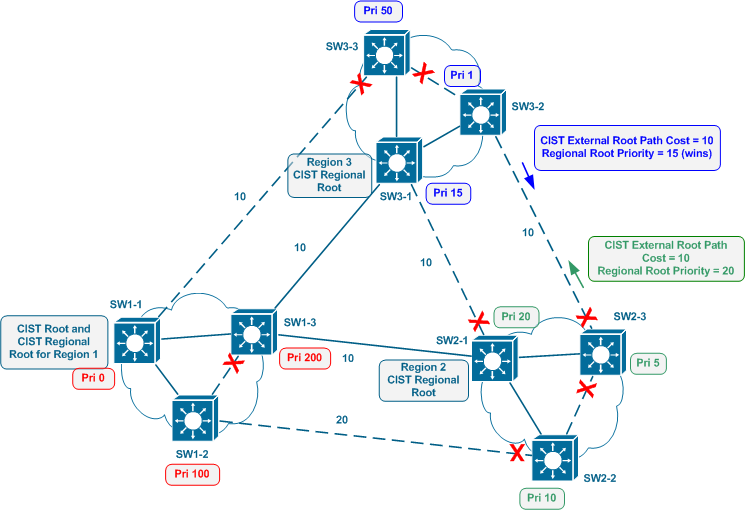 Not the answer you're looking for? Browse other questions tagged cisco spanning-tree ieee-802.1s or ask your own question.