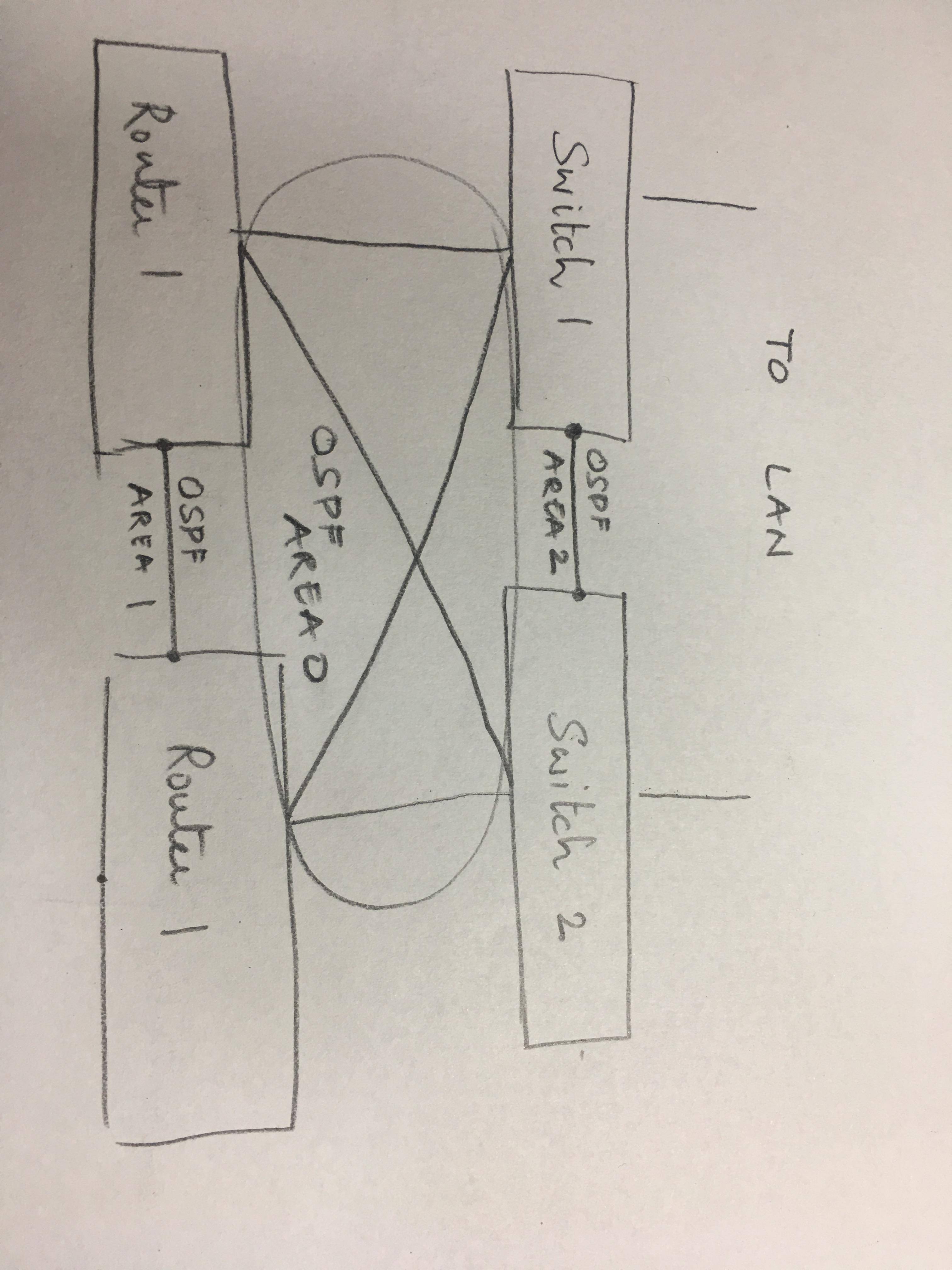 I have the following network in which we are trying to connect our routers to the LAN switches using OSPF. Here OSPF Area will have 8 interfaces, where we are advertising the default 0.0.0.0 route from router and all LAN subnets from the switch 1 and 2 to the routers. For redundancy we also have point-to-point links between the two routers as well as two switches. They run point-to-point OSPF where the same LAN routes and default routes are available as well. Here, is there a OSPF loop possible because two different areas advertising the same routes, or based on SPF it will be taken care?

Area 0 will have four /30 configured on four links.

From Switch 1 and switch 2, we will advertise all LAN routes to router for which it is receiving traffic from Internet.

From router we will advertise the default route for out going traffic to reach the internet.

I don't have active running config as we are working on this to know whether it is fundamentally correct.

Areas exist as a mechanism to control database scale in OSPF by hiding and abstracting information. Your design could almost do this if, for example, there were, say, a few dozen subnets in the "user LAN" segment of your drawing indicted to be in area 2.

Similarly, if there were an extensive WAN hanging off of the routers you could connect a bunch of sites into area 1 and summarize their routes into area 0. In so doing it would reduce the amount of information that the various area 0 boxes would need to maintain while also eliminating the vast majority of database information that devices in area 1 have about area 2 (...an vice-versa).

So - following the above suppositions - the idea here is that there's not much need for routers in the notional WAN in area 1 to see (and process) information about events happening in area 2, just as a flapping WAN link on the WAN shouldn't be burdening the processing of a LAN switch.

Putting backup links in different areas accomplishes nothing, apart from potentially yielding surprising (..in the bad sense) results as far as link-selection is concerned. Given that you aren't summarizing or running "special" areas (traditional stub, not-so-stubby, totally not-so-stubby, etc) the use of additional areas doesn't accomplish anything positive in your diagram.

In practical usage there really isn't much of an argument for four routers running multi-area. In fact, at least some of the argument for area separation (reducing SPF run-times/CPU consumption) has been minimized in recent years as router CPU's have gotten so much faster - especially when compared to John Moy's era when a 16MHz CPU with 1M of RAM was considered a fairly beefy control plane. This tends to mean that short of much larger numbers of routers or a design with high degrees of summarization possible that the net benefit of multi-area setups has diminished somewhat.

First, I do not see why you have Area 1 and Area 2. Those two areas seem gratuitous. You could make those two links Area 0 links because they will only advertise the link addresses. Each OSPF router in an area has a full understanding of all the routes and routers within the area.

Also, what are your intentions about the user LANs? Are they going to be in a separate area(s)? It seems that you really only need the single Area 0 unless you have other routers out on the user LANs.

Not the answer you're looking for? Browse other questions tagged routing ospf or ask your own question.

7
Distributing static routes across an OSPF area
8
OSPF Backbone Area and the WAN
2
Private and Public IPs in the same OSPF area
4
Connecting two OSPF sites both directly and via MPLS
3
OSPF and VRRP network advertisements
2
OSPF split-horizon mechanism
3
Inter-Area Loop Prevention in OSPF
2
Prioritize redistributed BGP routes over OSPF intra-area
3
OSPF Area Design
2
Is it possible to have a second ASBR in my OSPF area 0?