How to configure VLAN? 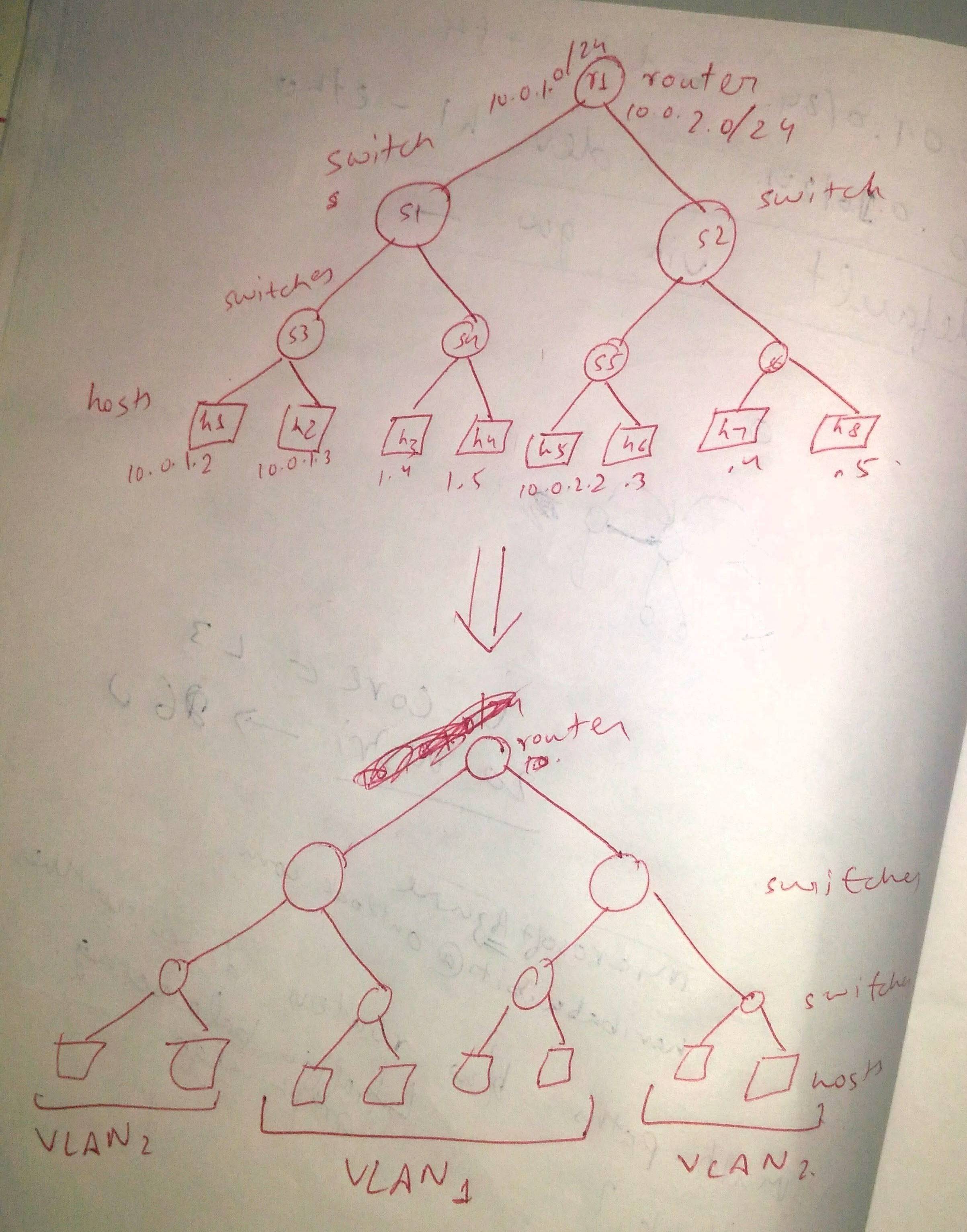 I have simple tree topology network. I want to configure VLAN on this network, PFA the image.

Am I wrong? Can VLANs actually be configured like this. I have setup this topology on mininet.

More of setting up this network on a linux machine.

If instead of a router, you use a layer-3 switch (which is at its heart, a layer-2 switch), you could implement this, where you have the same VLANs on both layer-3 switch interfaces because they would be layer-2 interfaces on the layer-3 switch. You would need to configure them as trunk interfaces in order to allow more than one VLAN on the link.

Not the answer you're looking for? Browse other questions tagged routing vlan topology mininet or ask your own question.