Possible to connect two switches together and both to a router?

The environment I'm working in has an EdgeRouter and a single switch (EdgeSwitch 48).

They are looking to add another EdgeSwitch and connect both switches together for a single broadcast domain.

Possible to connect each switch to the router and to each other? Yes, but it isn't as simple as just connecting them.

To get the operation you describe ("internet traffic will go directly from either switch to the router, but LAN traffic can go directly in-between switches")? No, not without complicating the configuration of end devices and making maintaining the network exponentially more difficult.

With L2 interfaces, spanning-tree should work to provide a loop free environment (L2 loops are bad). This means that all the traffic will either flow from switch to switch then out one router interface or all traffic between switches will flow through the router.

Personally, I would connect both switches to the router and to each other, but simply for redundancy. Use L3 interfaces and run VRRP between the interfaces. Each L3 interface has it's own IP address and then "float" an IP between them, which would be the gateway. If you have a problem with one link to the router (one of the switches dies, cable gets disconnected, etc), then internet traffic will still be able to flow out the other L3 interface.

Finally for the note on bridging; bridging is discouraged by the vendor (at least for some Edgerouter platforms):

It is generally discouraged to enable bridging because traffic which is bridged is not hardware-offloaded, and will cause a decrease in performance. It is highly advised to use a dedicated switch connected to one of the LAN interfaces to allow for multiple ports of connectivity to the LAN rather than bridging.

The easiest solution is to connect the new switch to the existing one. If you're not looking for redundancy or need to remove a bottleneck from the network, that's all there is to it. Most often in small networks, a single gigabit link can easily carry all the traffic there is, whether it's between the switches or with the outside world through the router.

However, if you're looking for redundancy or performance increase, you'll need to explain your situation and your goal in a more detailed way.

E.g. when using two router ports, one for each switch, the difficulty is to get the clients from the one switch to use the one port as default gateway and the clients from the other switch to use the other port. If you set up all clients manually, you can configure them in that way, but using DHCP you'd need to figure out a way to pass them different default gateways.

The usual way would be to use two edgerouter sockets as a switch and connect the two switches directly. If that's not practical for wiring reasons, then you chain the switches together as has been already suggested. I'm guessing there are no significant performance considerations. If you're after resilience of cable/switch breakages, read up on spanning tree.

Also, switches use spanning-tree in order to create a single, loop-free path on the layer-2 LAN. In order to do this, all switch traffic is sent to the elected root switch. A switch has no idea which packets are destined for the Internet because all layer-2 traffic is local. Switches know nothing about your layer-3 addressing.

You can connect the second switch to the first one and extend your network easily. However, this network which is called "daisy chain network" is not recommended since your network would be more vulnerable. If anything happens to the first switch, the rest of the network would be affected. Although this type of network is not recommended, there are lots of people/small companies using this solution and they are happy with it as they don't want to do anything special with their network and just connecting to the internet and having a reasonable internal connection between the clients is enough.

So if this is the only thing you wanna do with your network (which I assume it is, based on your question), you are safe to connect the second switch to the first one and build a daisy chain network :)

I'm not sure if your hardware will support it, but my preferred setup is to stack the switches so they are logically one switch.

Then you can use two interfaces on the router in a port channel with one physical connection to each physical switch.

Yes, but don't. Simply daisy chain the new switch off the existing switch. Any other configuration is over-engineered and violates the KISS principle. 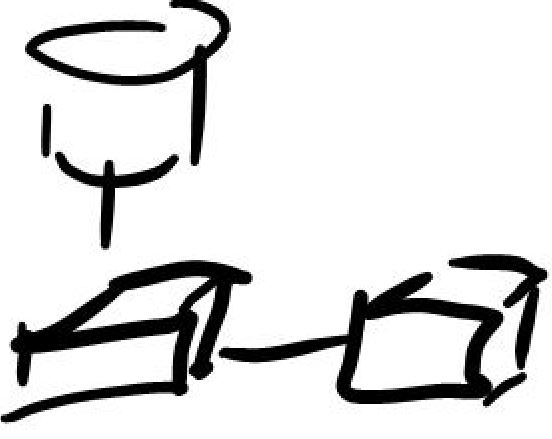 Not the answer you're looking for? Browse other questions tagged routing switch or ask your own question.

15
How to connect 5 different networks together?
5
Bond switch uplinks together for double bandwidth between switches
3
How to setup VRRP with two routers and a single uplink (Internet connection)
1
How does a router monitor traffic between two devices on a switch
1
How to connect different networks based on vlans using layer 3 switches and router?
0
Two switches, one uplink - best way to link them?
1
Cisco BDI not Forwarding L2 Traffic?