I'm having troubles understanding how untagged frames are managed by switches. Supposing a network topology as the following: 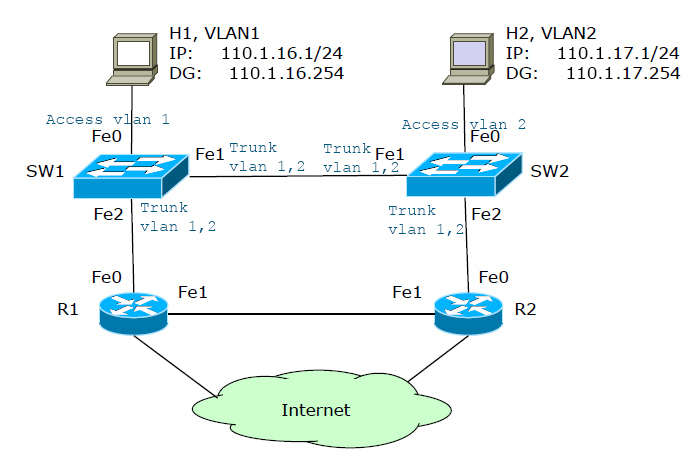 With the following router configuration: 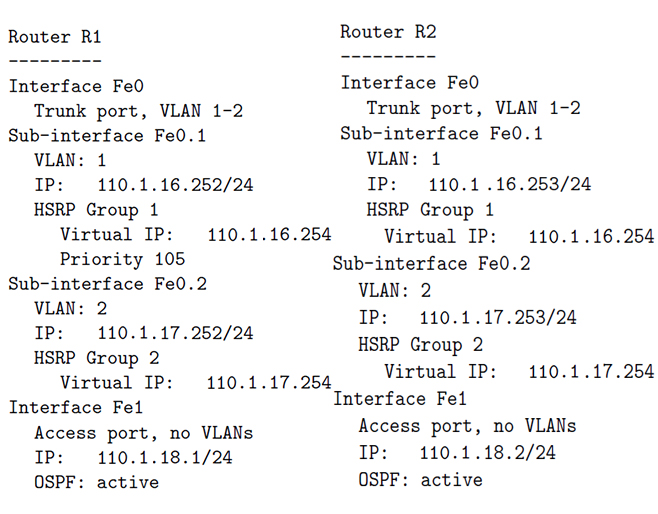 How are untagged frames with destination H1/H2 managed by switches? Such frames may be a package coming from internet to R1 with H1 as destination, or even a package with source H2 and destination H1, which gets its tag removed when passing though R2's Fe1 interface.

These frames reach SW1 untagged, since both R1's Fe0 and SW1's Fe2 are trunk ports: do they get forwarded to H1 (which is on VLAN1)?

Not the answer you're looking for? Browse other questions tagged switch vlan or ask your own question.

2
VLAN configuration
1
What prevents tagged frames from being forwarded on a VLAN?
1
802.1x authentication and dynamic VLAN assignment of VLAN tagged frames
2
How to traceroute layer 2 VLANs on non-cisco devices?
2
Multiple VLAN setup questions
3
Prevent a trunk from passing native (untagged) traffic
0
Remove VLAN tag from incoming traffic (Ubiquiti Edgerouter)
1
How do (LANCOM) Tag-Based vlan groups work and on which vlan does the device respond?