I drew a diagram for the network to make it easy to understand my network issue. 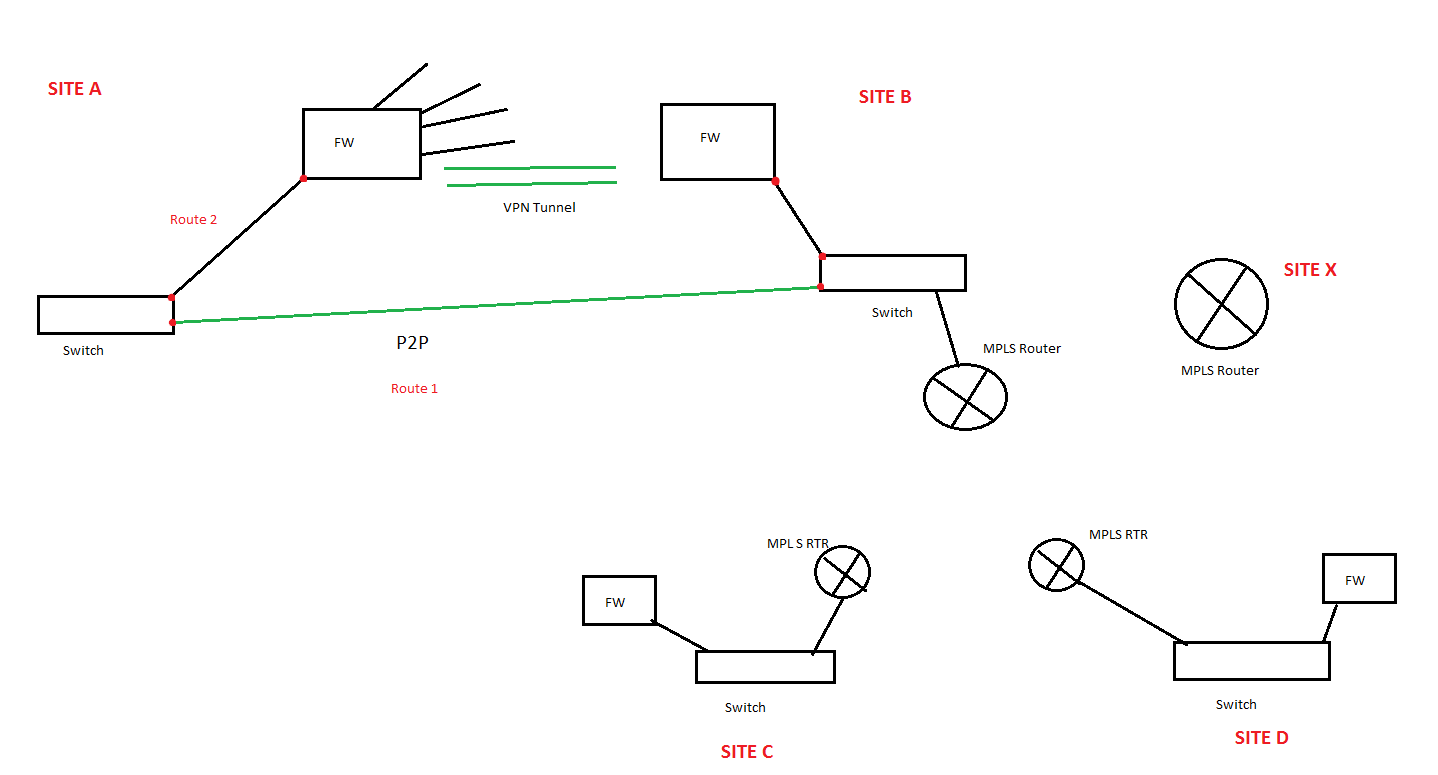 I configured Site A so that traffic to Sites B, C, D, and X go through P2P and in case of failover it goes to Firewall.

OSPF is enabled (L3 switch) in (Site A), so all networks of (site A) will be advertised and see all other sites through MPLS. >>>> No issues and works like a charm!

In case of P2P is down, OSPF will not take an effect and traffic from Site A to Sites B, C, and D will go through Firewall, Site X will not be visible to Site A.

Solution: Since OSPF is enabled in Sites B, C and D with redistribute subnets, I added a static route for site A in each of the three sites and point it to the firewall for each site. Now site X can see site A. Awesome!!!

If P2P is down Static 1<200 , Static will win and traffic will go through firewalls.

For some reason solution 2 worked only in Site B and didn’t work on Site C or D!!!!

I checked the configurations in Sites B, C, and D, and I found that Sites C and D has this extra command which was added by the previous network engineer

Why do you think solution 2 didn’t work on Sites C or D?

Your help and suggestions are much appreciated.

The problem is that you are redistributing the static routes into OSPF, where they get the OSPF AD. At that point, it is the OSPF cost that dictates the where the traffic gets routed. The OSPF cost to the ASBR is smaller than the accumulated costs across the MPLS cloud and point-to-point link. Look at what is listed in the routing table on one of the sites that doesn't work.

Alternatively, and I think more cleanly, you should be able to run OSPF across your VPNs, but assign those links higher costs than OSPF across the MPLS cloud. That would let OSPF dynamically change the routes to the lowest cost path that is up.

We had a similar setup mpls and site to site vpns via firewall. When our mpls went down we used Cisco IOS IP SLA functionality to automatically add/remove the required route statements.