How does the software version of CEF (Cisco`s technology for speeding up packet switching) implement algorithm to search prefixes in FIB (Forwarding Information Base)?

Does it use a hash table or tree-based search algorithm, or what does it use?

How to Choose the Best Router Switching Path for Your Network 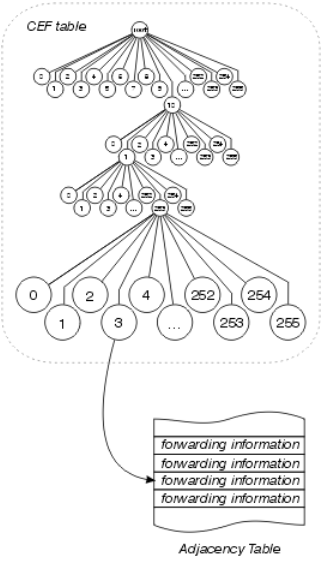 Essentially, all cache aging is eliminated, and the cache is pre-built based on the information contained in the routing table and ARP cache. There is no need to process switch any packet to build a cache entry. Other Entries in the Adjacency Table

Not the answer you're looking for? Browse other questions tagged cisco routing cef or ask your own question.