I have a set of 7912G IP Phones, which only accept Cisco pre-standard PoE. To save myself buying a Cisco switch, is it acceptable practice to change the wiring of my ethernet cables slightly and use a standard PoE injector from any manufacturer as detailed in some online tutorials? 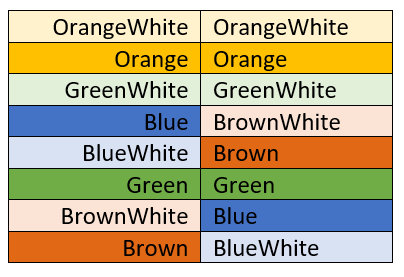 It's your network, do whatever compromise is required by you, your management, and their budget.

I agree with comment above: don't mess with hidden wire, do it close to the phone or in the patch panel. [EDITED re safety] Be aware any legal consequence of non-professionally made cabling, especially as regards fire hazards. But because the power is allowed to be whichever way round (by 802.3ag), that itself isn't an issue: it's only the pre-standard phones which require it to be a particular way. From memory it was a fight between Cisco and another company about which way the polarity was, and the result was a late amendment to permit either polarity.

So 802.3af specifically says that "Alternative B" power (ie, 4+5/7+8) can go either polarity, and that it is up to the Power Sourcing Equipment (PSE) to decide whether to do A or B and which polarity.

So you had better check (empircally) what power your POE-supplying switch actually delivers, and whether it powers the phone -- 802.3af has pretty complex startup behaviour.

If that doesn't work, you could consider "Nasty Cisco Power Patch Panel", which you'll find available as mid-span injectors, or easy to do with a punch down patch panel and a suitable power supply.

My notebook tells me this about 802.3af

Let us know how you get on.

Don't mess with standard cabling. In the longer term you (or whoever replaces you) will regret the decision. While your solution may seem simple enough now, but where do you do it and who will undo it when you no longer need it? What complexities may this add to operating or troubleshooting problems in the coming years?

To save myself buying a Cisco switch

Rather than messing with cabling or buying a Cisco switch, why don't you simply pick up some Cisco AIR-PWRINJ3 power injectors? These will provide you Cisco pre-standard PoE and are inexpensive on the used markets. Especially since you are already considering the use of power injectors.

Not the answer you're looking for? Browse other questions tagged cisco switch ethernet power-over-ethernet cisco-7900-ip-phones or ask your own question.