our network infrastructure as showing the image below 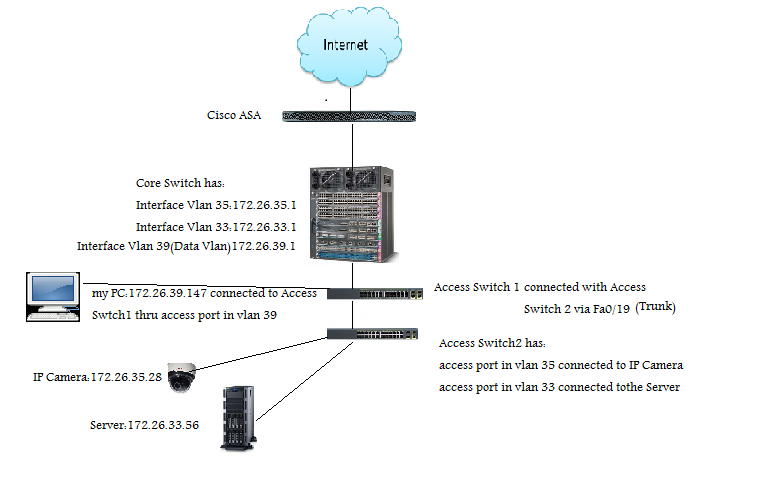 I have configured an ACL to allow their access only to (IP Camera,Server,Internet)and applied the ACL on the trunk port Fa0/19 connecting between access switch 1 & access Switch 2 as per below knowing that STA6-2 is Access Switch 1 in the diagram: 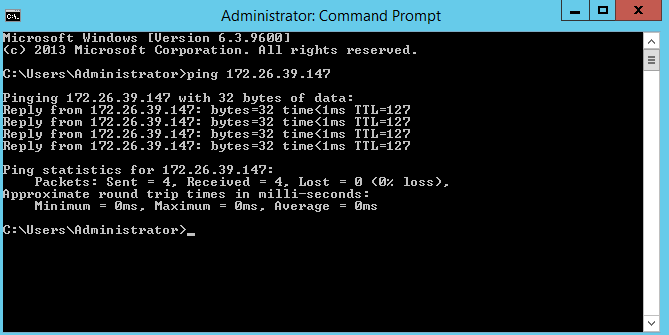 so please enlighten me on how to fix this.

Your mistake is that the trunk interface is a layer-2 interface, but you are trying to apply a layer-3 ACL. Layer-2 switching doesn't look at the layer-3 addressing, which is what your ACL is using. You need to apply the ACL to a layer-3 (SVI) interface.

The point of VLANs is that traffic cannot get from one VLAN to another VLAN, except through a router (or routing module in a layer-3 switch). A trunk keeps traffic in each VLAN separate, just as if you had separate physical switches, by tagging the frames with VLAN tags.

Routing will, by default, route traffic from one VLAN to another, but you can place ACLs in the routed interfaces (those with IP addresses assigned to them) to allow or block specific traffic.

You are using extended ACLs, so you should place them as close to the traffic source as possible.

Not the answer you're looking for? Browse other questions tagged security acl trunk or ask your own question.