is not working in the Cisco Packet Tracer (Router: 2811).

Does it work somehow or are the IOS version just not up-to-date?

Packet Tracer is fairly limited in many ways. It emulates IOS, but it is not IOS. OSPFv3 was created to add support for IPv6. Assuming Packet Tracer supports IPv6, and you have enabled ipv6 unicast routing, the you could try to enable OSPFv3 with something like:

The OSPFv3 router configuration is also different. Instead of using network statements to tell OSPF which interfaces are participating in the OSPF process, you use OSPF commands directly on the interface configurations. For example:

If your Packet Tracer doesn't support OSPFv3, you could try to update it, but you may need to run something with a real IOS, like GNS3.

This command was introduced in IOS Release 15.1(3)S and 15.2(1)T and later releases. You can check the command history at IPv6 Commands. 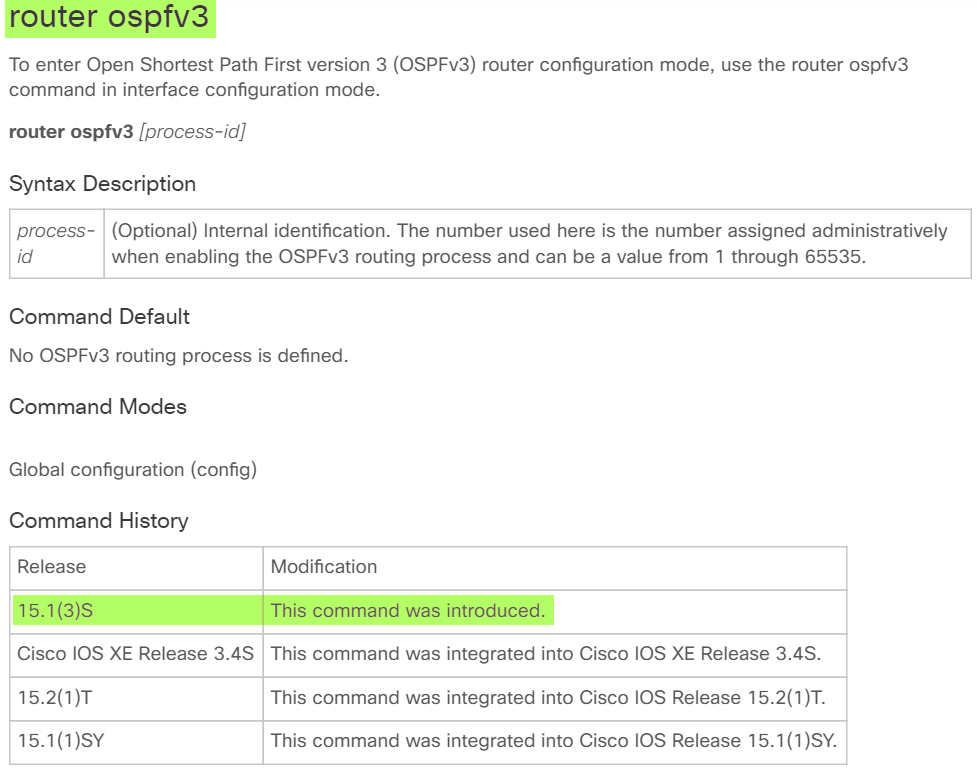 If you are using an earlier IOS image, it would not support.