Is this example of distance vector routing wrong?

I'm reading Stallings' Data and Computer Communications. In its chapter about routing, it uses the following convention when talking about distance vector routing: 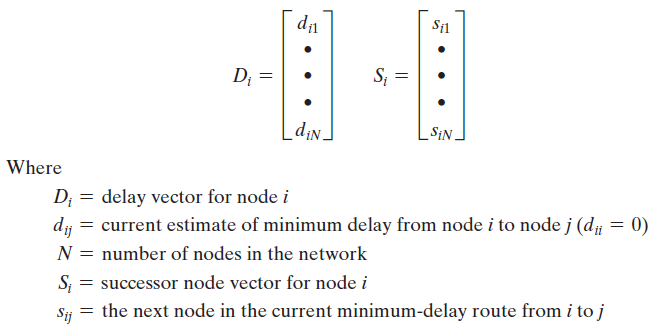 Then it shows the following example: 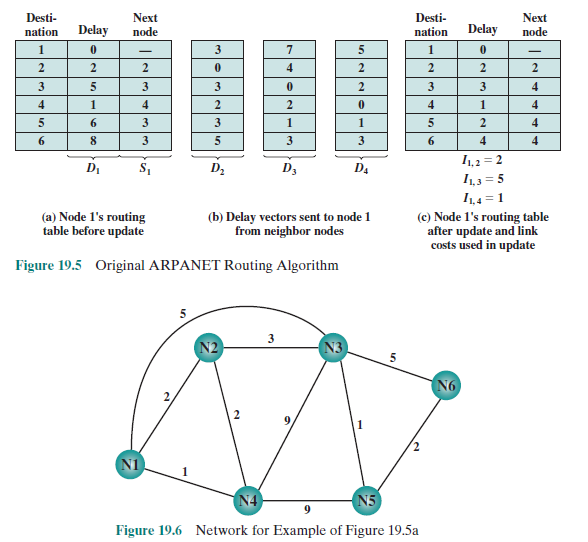 Is there something that I'm missing or is the example actually incorrect?

I think it is correct.

As indicated by the caption of Figure 19.6, it only represents the Figure 19.5a, i.e. (a) Node 1's routing table before update.

The example wants to show how D1 is updated based on the new values of its neighbours D2, D3, and D4.

11
Circular BGP propagation
11
Quagga routing and security
2
Distance Vector vs. Link State routing
2
Need help understanding Link State Routing
3
A * search algorithm in networking
2
Clarifications about RIP and OSPF
2
Cisco ASA Management and Routing Help
4
Does each router have the IP addresses of all the routers and hosts connected to the 'Internet'?
2
Question about Configuring HP 2920