This is our current network topology. Everything works fine, but I have some concerns about it.

I'm questioning myself about the following, and would like to improve what we current have.

The two (actually 3) L2 switch are stacked together with some bladestack modules. 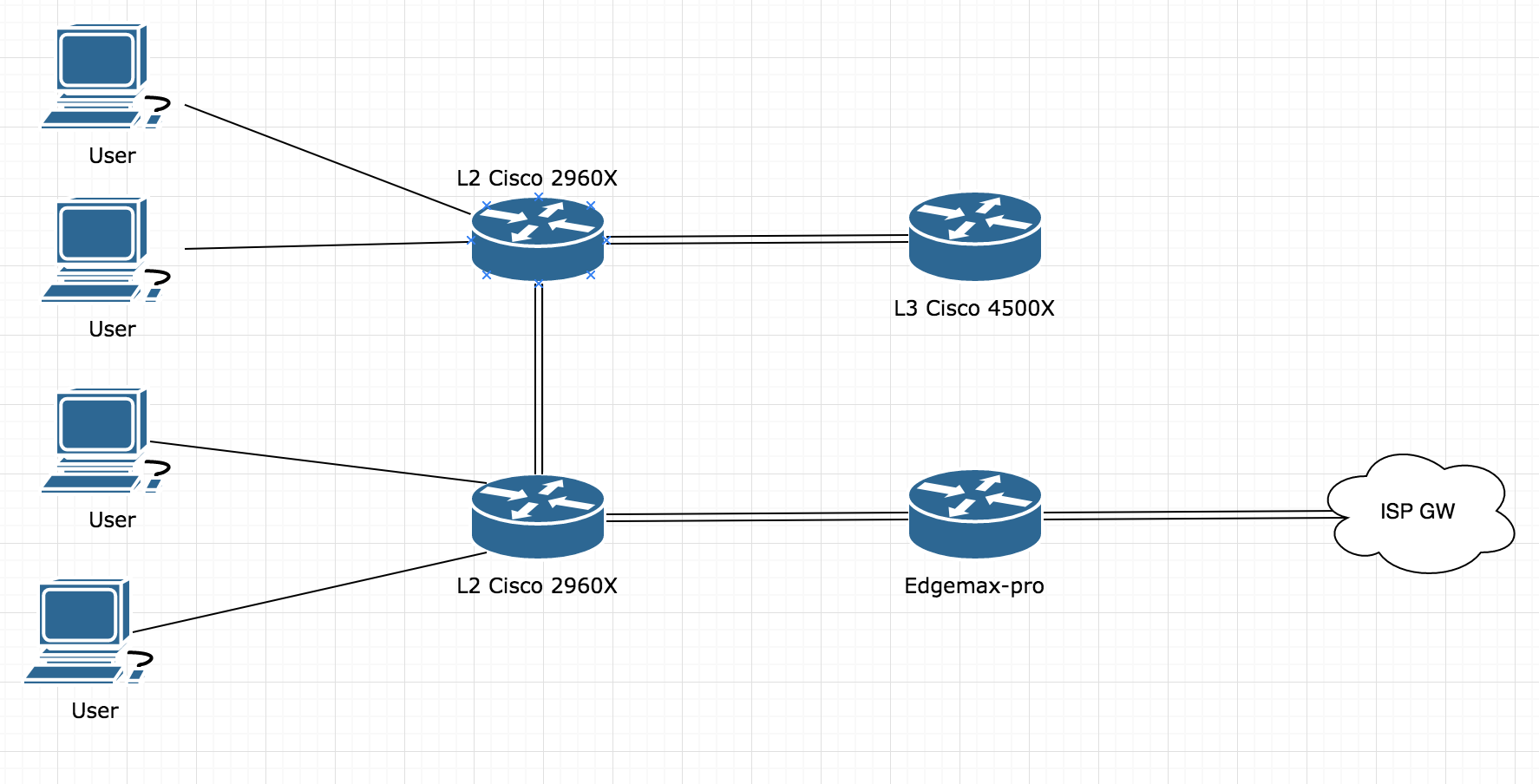 A layer-3 switch is a router, too, so it doesn't use a default gateway; it routes to other routers. It is handling the routing for your LAN, but it will have a default route pointing to your WAN router.

Without including your network device configurations, it is not possible to be exact, but you probably have a VLAN from the LAN router (layer-3 switch) to the WAN router that is essentially a routed link. That would be the equivalent of a direct connection between the two devices.

Not the answer you're looking for? Browse other questions tagged cisco routing nat networking or ask your own question.