Why do we need to create VLANs to break a broadcast domain when the router can do the same?

VLANs will let a single switch act as if it was a several switches. A router is required to allow traffic to get from one VLAN to another VLAN.

Example of a router on a stick (using your own diagrams): 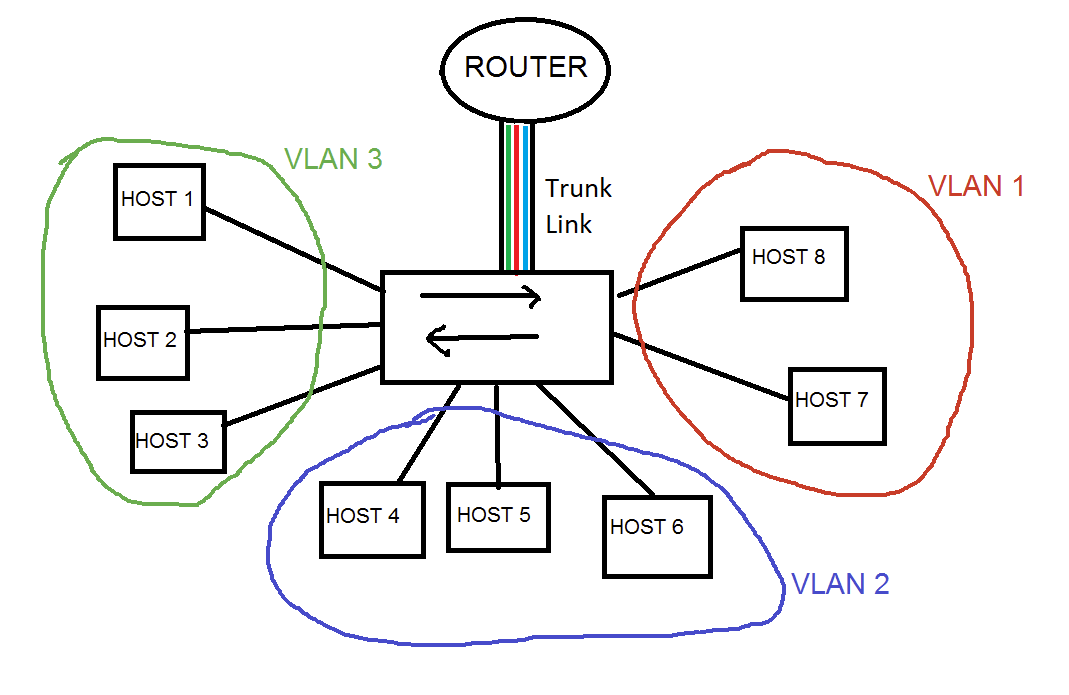 Not the answer you're looking for? Browse other questions tagged routing router vlan broadcast or ask your own question.