Unable to enable "Directed broadcast" on router in packet tracer? 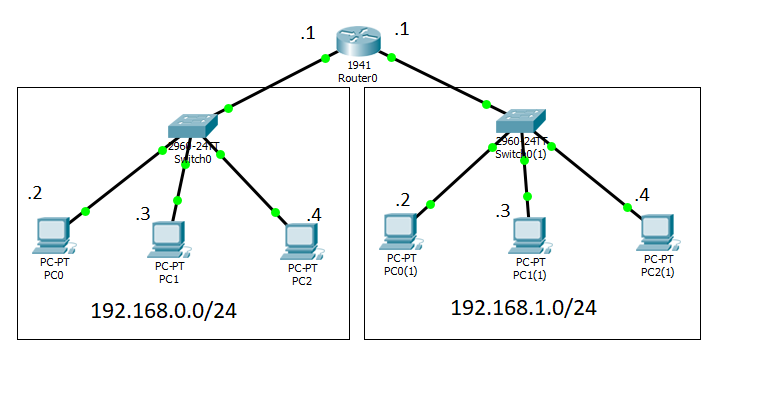 I understand that by default directed broadcast is disable on most of the routers. I could confirm the same by executing the below command-

So it needs to be enabled.

So i tried as below-

Looks like the router is not recognizing the command itself.

If I execute the command ip ? to see the supported arguments for ip command, it lists as below-

And looks like there is no directed-broadcast argument support!

Could someone please help me, how should I go ahead in enabling directed broadcast feature in the router?

The command you mentioned above it is not supported by Packet Tracer. Packet Tracer will not provide you all the features of a Router. For Routing you can use GNS3 which is the best software for routing and you can download it, as freeware.

In real equipment, it enables a port to send traffic to a host address with all ones. This reaches all hosts on that subnet. For example we could have an interface with address 192.168.1.1/24. If we enable directed-broadcast and sent a packet to 192.168.1.255, it will be broadcasted to all hosts on that interface. It will use a destination Mac address of FF-FF-FF-FF-FF-FF.

16
Output Drops on Serial interface: Better queueing or Output queue size?
6
Policy Based Routing for VPN connections with VPN Client configuration
0
Cisco ISR 4431 Router GigabitEthernet Flow-control Disable
2
Changing Label for Generic PC in Packet Tracer
1
Setting up router as a DHCP server on packet tracer for a 2811 router and 3 hosts
0
Trunking multiple VLANs into a single trunk port on a 3650 Switch
0
How does a router handle a directed broadcast on the same network?
0
Configure Inter-VLAN and OSPF - FIXED!