I was wondering how the message changes its form or structure while passing through multiple layers.

Consider host 'A' sending "Hello" as message to host 'B'.

So how it changes its form while getting through different layers and devices?

Seven-layered approach to data transmission divides the many operations up into specific related groups of actions at each layer
The transmitting computer software gives the data to be transmitted to the applications layer, where it is processed and passed from layer to layer down the stack with each layer performing its designated functions. The data is then transmitted over the physical layer of the network until the destination computer or another device receives it.
During transmission, each layer adds a header to the data that directs and indentifies the packet. This process is called encapsulation. The header and data together form the data packet for the next layer that, in turn, adds its header and so on. 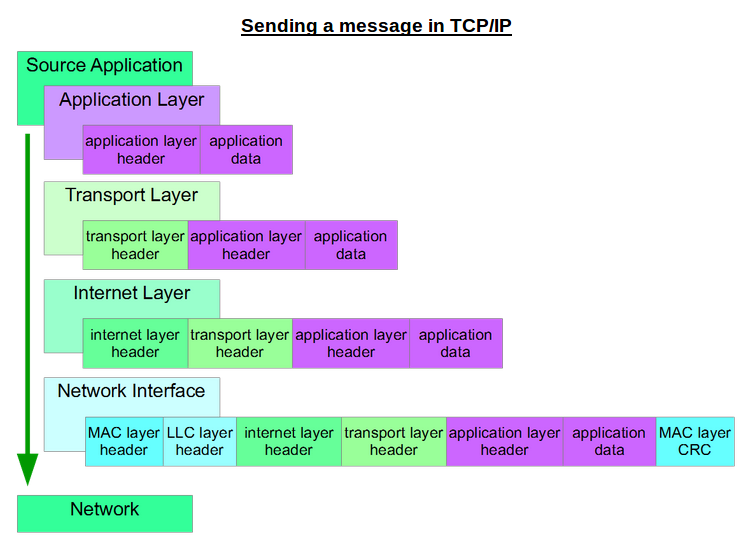 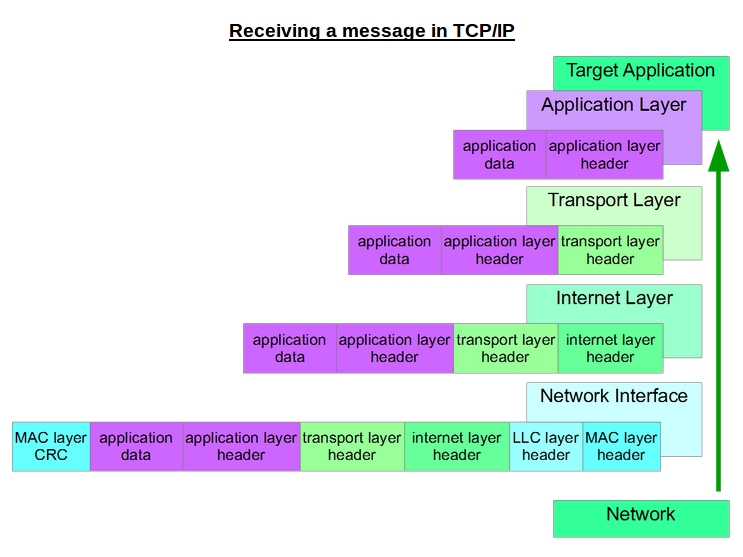 You can learn about different headers in the layer in any of the networking books.You will find this link helpful:
http://www.linuxsecurity.com/docs/PDF/cisco-understanding-tcpip.pdf

Not the answer you're looking for? Browse other questions tagged routing ip tcp network osi or ask your own question.

4
Why does the round-trip time of a TCP message decrease 100-fold as the message size exceeds the maximum segment size?
1
How can OSI model allow packet sniffing pass through layer 1?
7
Why do we need FTP when there are layers to transmit data?
2
How physical addresses change hop to hop?
4
Will the data transfer with the destination on the same LAN network be routed through the internet when the WAN IP is used?
2
At which OSI layer a user-generated data resides?
0
Why in the TCP/IP model the link & physical are one?