why two VPN in VPN MPLS L3 can have same addresses?

I cant understand one thing, in this scenario: 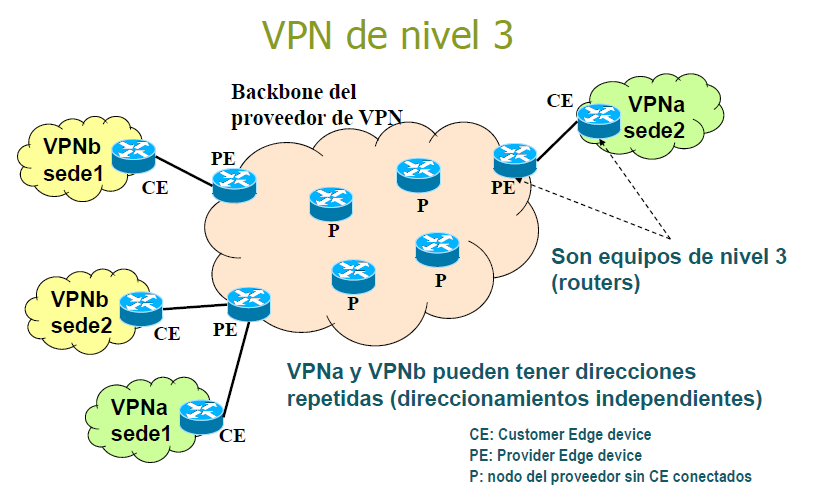 This is an schema of a layer 3 vpn using mpls. I dont understand why devices conncted to VPNa and VPNb can have the same addresses, I mean, how can PE's differentiate it? I know a little and I know that they use a routing table called VRF, but I dont undertand it, If I am in VPNa with an IP of 172.0.2.5 and there is another device on VPNb with that address (172.0.2.5), how can PE's distinguish that traffic and differentiate it? Thanks I google it a lot of times but I could not find and answer.

If you are familiar with VLANs, VRFs are very similar, but at L3 instead of L2. When a frame arrives on switch, the port is associated with a VLAN and the switch looks up the destination MAC address in the MAC address table for that VLAN. The same concept exists for VRFs at layer 3. When a packet arrives on a router, the interface is associated with a VRF and the switch looks up the destination IP address in the routing table for that VRF and then forwards out of that interface (which is also in the same VRF).

Not the answer you're looking for? Browse other questions tagged mpls mpls-vpn or ask your own question.

8
What is the difference between VPLS vs Layer 2 VPN?
3
Cisco VPNv4 over eMPBGP
2
2547oDMVPN with Loopback as iBGP source interface
3
understanding Policy map bandwidth , police, shape commands
2
Have I desiged correctly my MPLS network?
2
MPLS VPN network using BGP, RIP and OSPF
2
VPN Networking: How to span a /24 subnet across two locations?
1
How to check whether there is traffic on EoMPLS L2VPN circuit?
0
VPN MPLS L3 Routing