Does 1-byte transmission for probe segment operate based on Timeout? 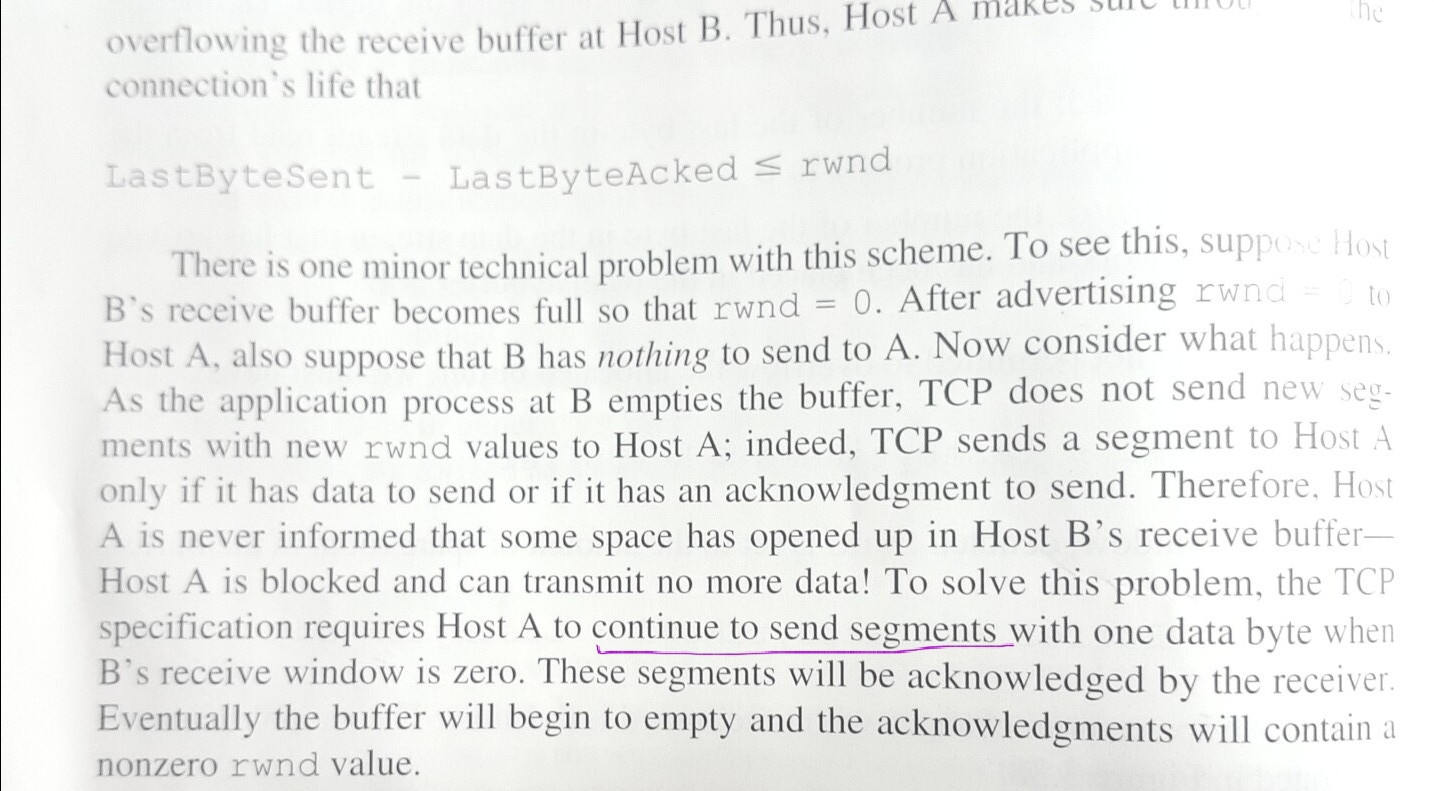 I guess that at least ACK will be 900, not 901, because its buffer is full so the receiver can not store the segment. But if ACK is 900, the timeout will occur because the timer of sender side will tick until ACK 901 arrives. Does the sender retransmit probe segments based on that timeout? Or is there any other mechanism that I don't know?

As rfc 1122 says (ch 4.2.2.17), Probing will use a retransmission timer for the probe. This timer will be increased exponentially between each successive probes (backoff algorithm).

When there is zero window, the byte in probe is outside window. It is not previously sent data (look at the seq number).

When sending the window update, the receiver can acknowledge the 1 byte probe if it responding to a window probe.

Not the answer you're looking for? Browse other questions tagged tcp layer4 transport-protocol or ask your own question.

0
TCP - ack and retransmissions - Is this scenario possible?
2
Congestion control,flow control, MTU and MSS, Rwnd-Cwnd and slow-start
3
TCP Fast Retransmit and duplicated acknowledgements Ask
4
Is the first segment which is sent by the client in the 3 way handshake counted in the tcp congestion control?
4
TCP - correlation between ACKs and receive window
3
When TCP sender window shrinks?
1
TCP flow control active waiting
1
Do sequence and acknowledgment numbers treat 3-Way Handshake differently?
1
What happens to the packets in the sender buffer when "eventually a timeout would be reached" for a **delayed ACK** in a AIMD TCP connection?
0
TCP ACK confusion