What is the springing mechanism for on the top of this transceiver module?

Every SFP I have ever seen or used has some sort of mechanism for securing the transceiver into the SFP slot on a device. In the example provided by the OP, this is a spring mechanism that manipulates the catch and releases the SFP. This is a feature of SFP to secure them to the device to prevent accidental disconnections.

Other types of SFPs use different mechanisms that perform the same function, but you will always find the catch on the bottom of the transceiver (look for a small protrusion in the center of the SFP 1 3/4 inches from the end inserted into the device).

I took a couple of quick pictures showing the tops and bottoms of some SFPs I had sitting around. I marked the catches with red circles and the location of the handle or other mechanism a user will manipulate to release the catch with blue ovals. Hopefully this will help illustrate some of the ways that this works on SFPs. 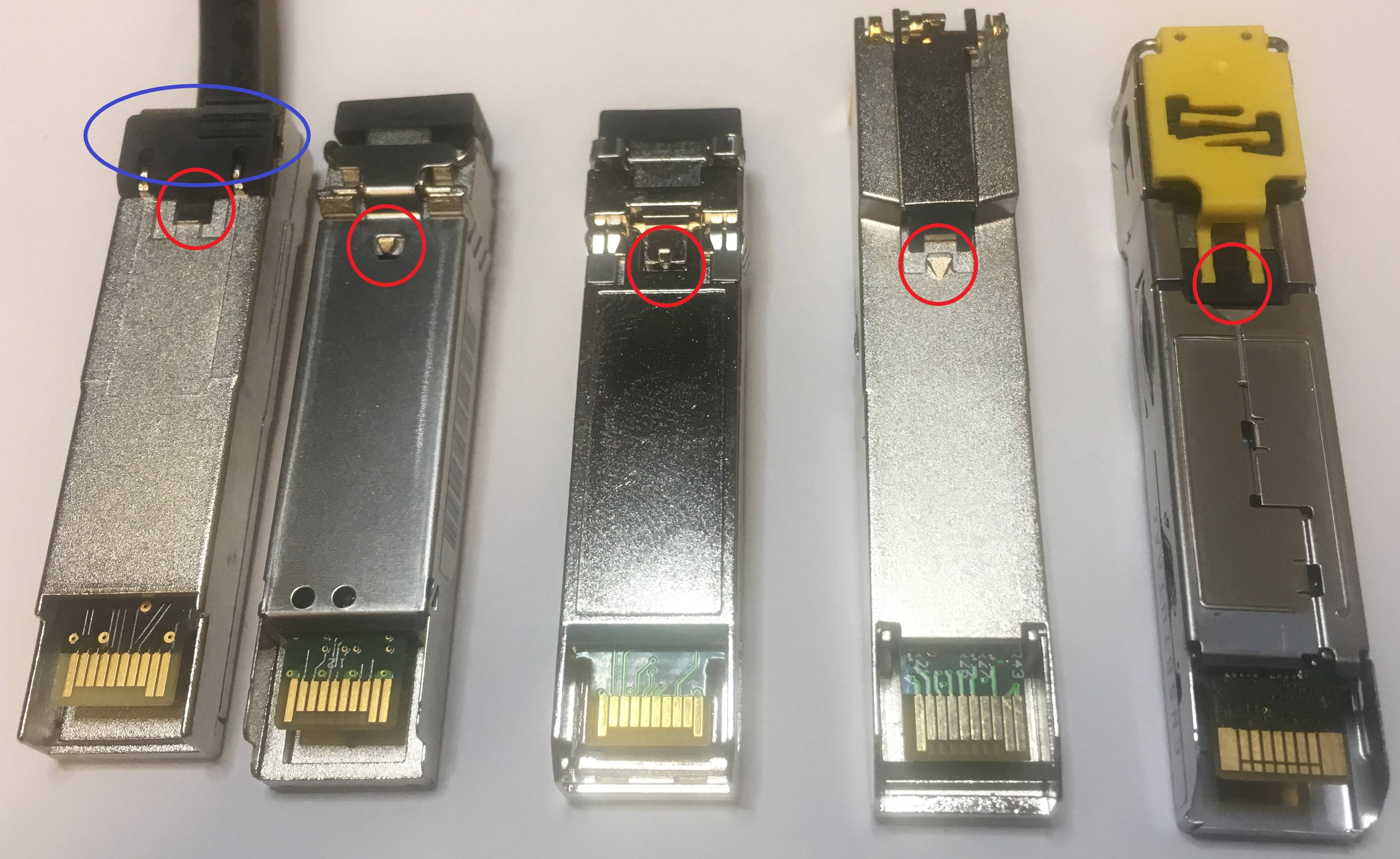 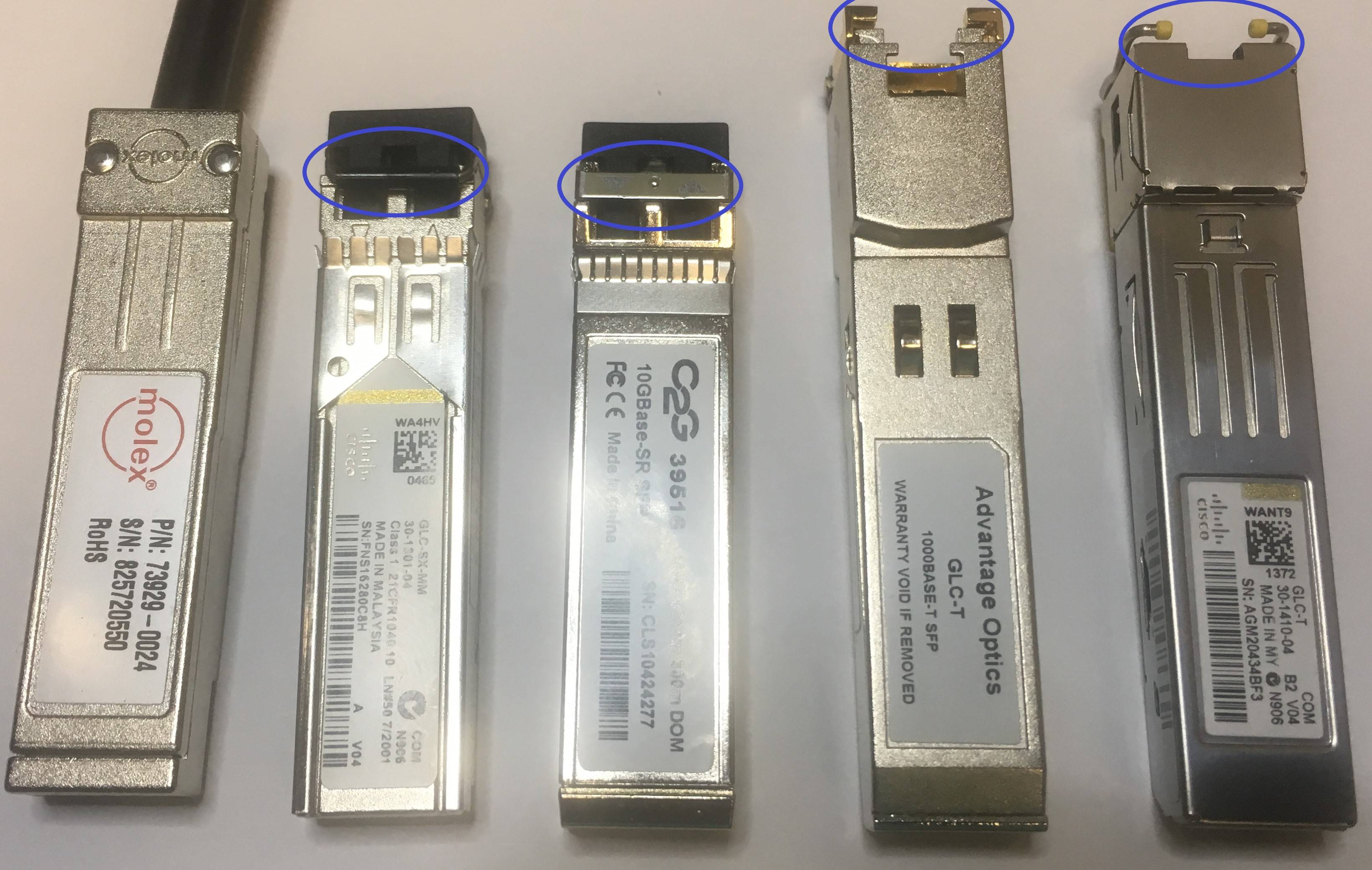 It releases the retaining clip. (the tiny black bit) The wire is the pull bar.

Not the answer you're looking for? Browse other questions tagged cisco switch ethernet switchport or ask your own question.

6
What are the best Cisco 6500 Ethernet modules for iSCSI?
11
Non-Cisco SFP's defaulting to an err-disable state in 2960s and 2960 PoE Switch
2
Packet Tracer: Ethernet interface up/down
3
Problem setting up two Wi-Fi module for two way communication
1
what type of fiber SFP for cisco 6500 Gbic module
2
How does a Layer 2 Switch know which port is a neighboring switch port and which port is connected to a host?
6
Do I need to protect SFP ports and optics from dust/contaminants? If so, how?
0
Troubles wiring two network rooms with optical fiber and SFP-enabled switches
3
Latency of 10G fiber SFP+