Is QoS an issue for VOIP calls over the Internet? If not, why not?

I'm trying to decide whether I should buy SIP trunks from my ISP or a 3rd-party.

As I understand it, it's important to maintain QoS on an internal network (i.e. prioritize VOIP traffic). Is this not also true on a public network?

My ISP says that traffic from their SIP trunks goes over their QoS-managed network to the PSTN. However, the public Internet does not maintain QoS, so if my call were to go over the Internet to a 3rd-party SIP provider, wouldn't there be degraded call quality?

There are lots of 3rd party SIP providers. From a theoretical perspective, I don't understand how they can ensure call quality. Yet the proliferation of these services would seem to indicate that I am wrong.

Is QoS an issue when calling over the Internet? If not, why not?

VoIP over the public Internet can be a problem, but it usually works good enough, most of the time, although there can be times where it sucks. Most ISPs have extra cost features where they will honor some of your QoS markings and policies.

(I know Verizon Business, among others, has some specific packages for QoS, and you may need to adjust your policies and markings sent to it to match one of its packages. We have a problem where we use multiple ISPs, and the QoS packages don't match between them, so we need to fine tune for the particular ISP, or pick a close enough package.)

There may also be a possibility of having a VoIP provider, especially a telco like AT&T or Verizon, connect SIP trunks directly into your data center(s).

The big monkey wrench in the works today is the requirement for E911. You, and the VoIP provider, will need to maintain a database of where each phone is connected so that emergency services will get not only the address of a 911 call, but the floor and section of the floor. (We have spent large sums of money to meet the E911 requirements.) While this requirement is not necessarily in every state today, it is being phased in for all the states, and it is not something you can ignore if you don't yet have the requirement (it is far easier to put it in place as you roll out VoIP than it is to try to retrofit it at a later time).

Is QoS an issue for VOIP calls over the Internet?

Sometimes. The answer why is related to the extinction of these objects: 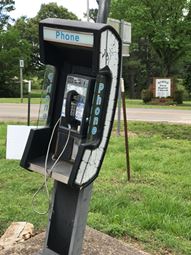 QoS is only an issue if the customer thinks it's important enough to pay for.

it's important to maintain QoS on an internal network (i.e. prioritize VOIP traffic).

In practice, many enterprise networks get away with no voice QoS because they simply don't have enough network congestion to matter (people's experiences with cell phones have made occasional voice blips acceptable).

On the other hand, service provider networks should consider deploying voice QoS where it makes sense.

My ISP says that traffic from their SIP trunks goes over their QoS-managed network to the PSTN.

Indeed, many enterprise networks buy dedicated SIP trunks to the PSTN so they don't have to waste a lot of time managing complaints about excessive voice drops. This is what I recommended to my employer.

There are lots of 3rd party SIP providers. From a theoretical perspective, I don't understand how they can ensure call quality.

You're right, internet voice providers can't give much control over call quality.

Yet the proliferation of these services would seem to indicate that I am wrong.

Arguably, the proliferation of those services means that some people will sacrifice potentially lower call quality for a less expensive service. IMHO, many of those people are home / small business networks.

After the breakup of the Bell companies, there was a lot of competition for phone business; it was viewed as quite lucrative, because of the monthly revenue stream from it.

Another point about this period, people kept spare change in their pockets and ashtrays to make calls on the road (in a phone booth, see picture above).

To some people that may sound strange, because you have a phone in your pocket; however, cell phones only started becoming common in the 1990s. Early cell phones forced people to start compromising their expectations for call quality; the portability and convenience came with a price... cell phone call quality was noticeably worse (some would even say "horrible").

This is no small point, until cell phones became common, companies could go out of business for delivering bad voice quality. However, as people used cell phones, their expectations for phone call quality gradually got lower. In a way, cell phones opened the door to those "internet voice providers". Furthermore, the proliferation of cell phones made phone booths extinct.

Internet access is by design a best effort delivery mechanism and QoS therefore not practical. Since QoS is managed on the router interface to manage use of available bandwidth, there would have to be agreeance amongst all ISP's in a call path to honor certain QoS configurations. This too would not be practical given the number of possible routers and ISP's your SIP packet would encounter on a call. Software defined networking does offer some QoS support on a path across the internet, however, that is only for traffic in a tunnel. It does not manage the bandwidth outside the tunnel. That I have encountered, the answer to the problem is typically to add more bandwidth.

Not the answer you're looking for? Browse other questions tagged internet qos voip telephony sip or ask your own question.

4
QoS for IP PBX behind DOCSIS modem (SIP trunk without direct routing by ISP)
5
Downstream QoS Feasibility
5
VoIP QoS over DIA/L3VPN physical circuit
3
LAN QoS for VoIP
1
CISCO CUBE is as SBC suitable for ISP
1
QoS implementation for VoIP network
1
Modem/device that can connect and route calls depending on type?
3
How does the internet know where to send a request for an IP like 8.8.8.8?