SSH into device attached to another router [closed]

I saw this questionwhich looks kind of related, but I'm not sure as the answers are too confusing.

Basically, I want to SSH into my Raspberry Pi from my laptop. Eventually I want to have the Pi talking to the cloud (I want to install a personal VPN on it so I can be protected while traveling and just to learn). 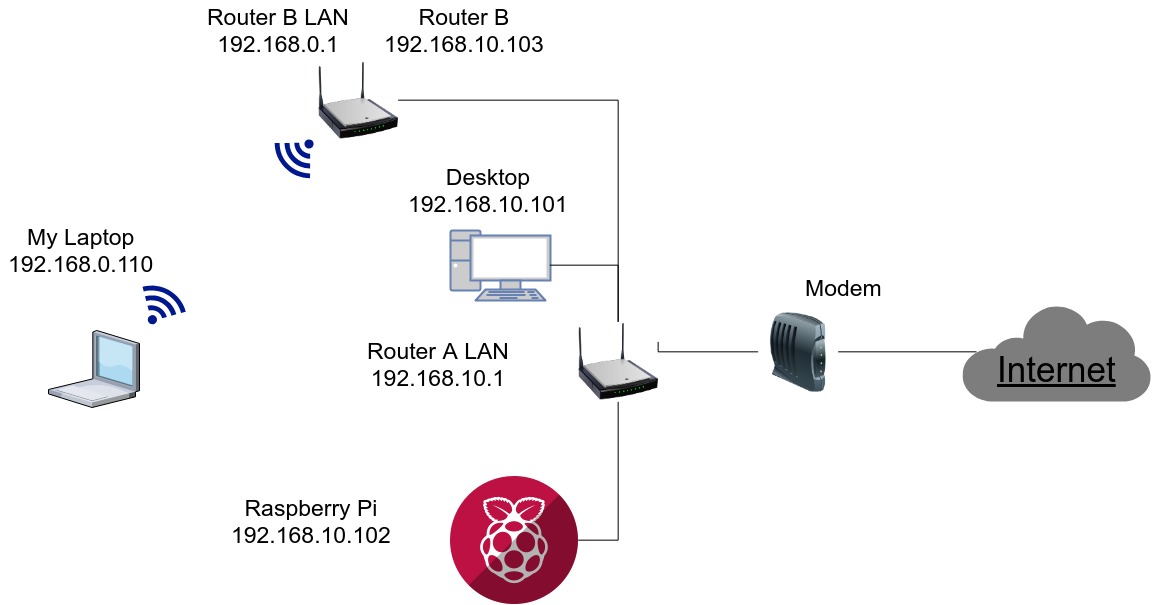 Now, before you ask why I have two wireless routers on my home network, Router A is for a home office and due to the lead in the walls separating the office from the home (part of the office was once an X-Ray room), the wireless signal doe snot propagate. So it's mainly used as a firewall and to connect the office desktop to the web. Router B does the heavy lifting.

Now, I've set up the network as such (I don't know much about networking, but of the little I do, I managed to build this setup). However, in my reading, I understand that I need to forward a port, namely port 22 for the Pi. But on which end? Which router forwards the port? And is there a better way to do this in general? I'm open to suggestions.

Just for the record, the two routers are identical, TRENDNet TEW-812DRU v1

5
How risky is a personal-use-only wireless subnet inside the corporate subnet?
1
SSH Idle Timout Prevention on Router
3
Telnet or SSH into a Cisco router
2
Cisco ISR4450 Router SSH access denied
0
How to connect multiple devices with identical static IP into a wireless network