I recently acquired a used Cisco Catalyst 3560 and I am trying to factory reset it. When I enter the recovery process (by holding MODE), I get stuck in this loop at the "switch: " prompt. 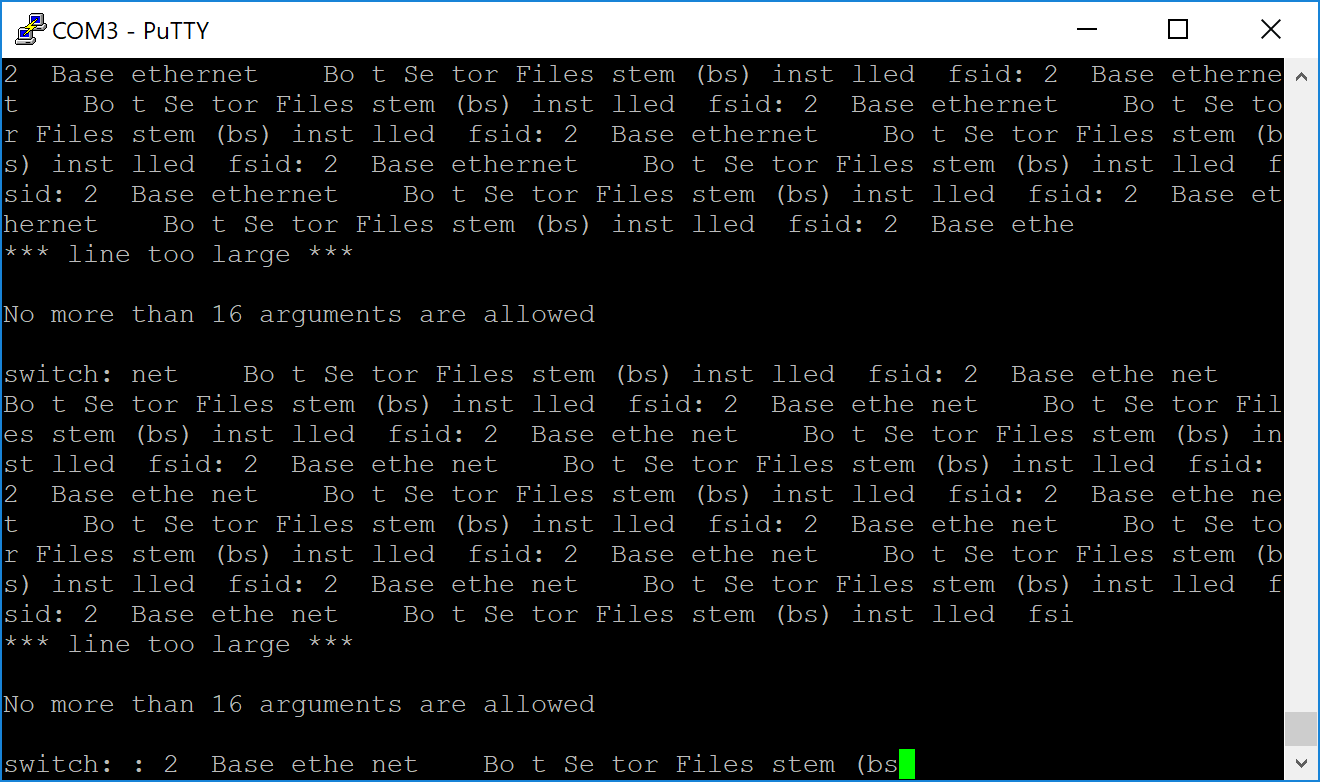 How do I resolve this issue?

Sounds like a nice job of a botched content ot the boot variable - possibly the config file variable. The switch: prompt you see there is called the ROMMON prompt. ROMMON is a bit like the BIOS of a PC, but a lot simpler.

Your switch seems to fall back into bootloader/rommon continously because something after the bootloader phase is failing. The most common cause for that is: IOS Software image not readable/loadable at the location give in the boot directive/boot variable.

... I suggest you proceed as follows:

Then, when booted, make sure that in running-config and/or startup-config, the boot system flash flash:/iosimagefilename directive points to a file that actually exists - or is blank. An empty boot file directive usually works, because the switch will usually attempt to boot from the first available IOS-image on flash.

Not the answer you're looking for? Browse other questions tagged cisco cisco-ios cisco-catalyst or ask your own question.