So I just installed a new serial port on my PC so I can connect to my switch via console, and while connecting to the switch, I have a connection established but it prints all these weird symbols. Does anyone know how to fix this? 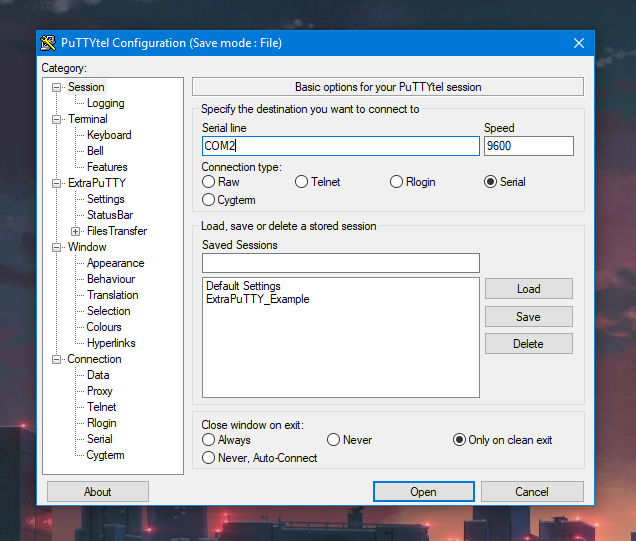 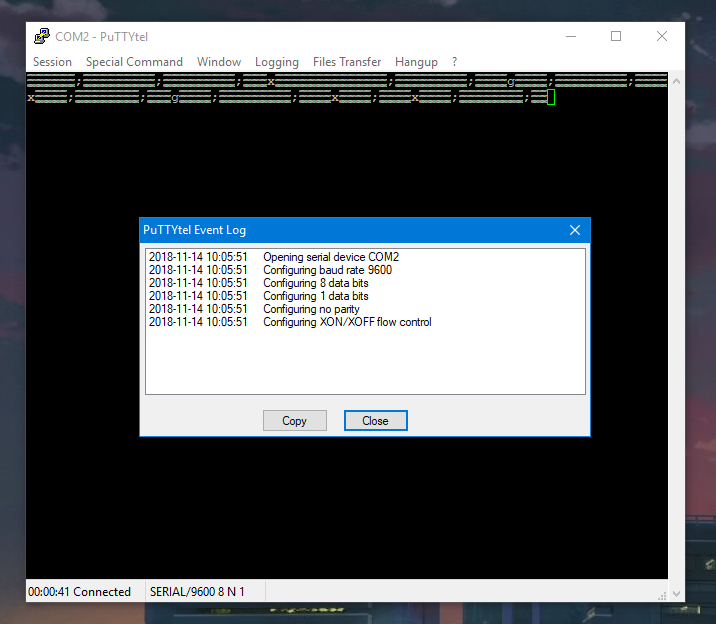 As already answered, it's because you have a mismatch in the speed between the far device and your computer.

Just to add that serial ports are for specific purposes, and don't get frustrated if you find it slow, because debugging is always slower than anything else.

It is for this exact reason that many organisations fix a lowest-common denominator speed for serial ports -- often 9600 8N1 -- so that you never spend any time debugging this. The reasoning being if you're using the serial console, you're doing something which is rare and can't be done over the main network.

A number of otherwise-excellent manufacturers lost contracts because of this. I know of one manufacturer which would have won the edge switch contract, but its equipment had fixed 115,200 baud which couldn't be changed -- I wrote to them complaining (2016), I hope they've fixed it now, but they lost all those sales.

Serial lines cannot detect the settings of the other side, so you need to match them.

Most devices don't use flow control at all or software (Xon/Xoff). Hardware flow control is rare (RTS/CTS or even DSR/DTR) and requires a cable with the appropriate pinout. Setting flow control to none usually doesn't hurt - if longer input or output drops characters you can try Xon/Xoff.

(nb: Some serial device actually can auto-detect various settings, esp. the baud rate - inside the terminal, hit [Enter] several times to generate the expected bit sequence so the device may be able to guess the terminal's rate.)

Not the answer you're looking for? Browse other questions tagged cisco switch or ask your own question.

4
Can't connect to console on down Cisco 861 Router
5
Logging in to console port on Juniper EX2200
3
Securing Console Serial Ports
1
CISCO ASA5512-X no Console Output
4
Cisco IOS — How do I make the console prompt for a password upon serial line session 0 connection?
2
Connecting HP Procurve 2626 Switch to PC
1
Serial to RJ45 connection to Brocade FWS 648S 48port Switch
2
Can I connect to Cisco router's AUX port from a switch Ethernet port?
3
Fix our Cisco switch overwhelmed by console logging
0
How to init connection with a Cisco over serial & minicom?