I also have a Junipe SRX550 firewall that I want to use for VPN, and it's also connected to the same Comcast business modem. The LAN ip is 10.1.10.3

What does port forwarding do? I did not setup the Cisco router. 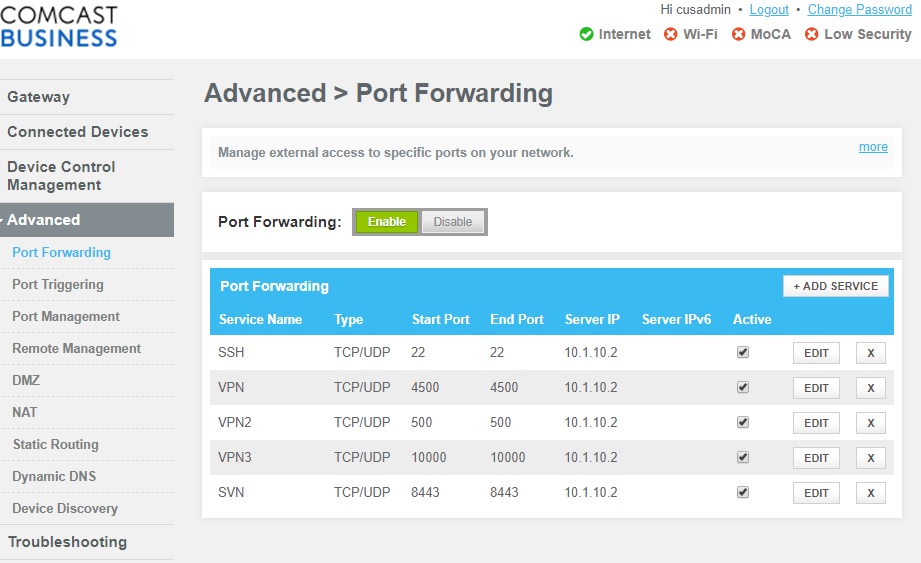 Port forwarding is a mechanism for use with NAT.

In essence, it says that incoming data directed to a given port should be forwarded to an internal address on a given port. In your situation, incoming packets, both TCP and UDP ports 500 and 4500, arriving at the Comcast router from outside, will get forwarded to the internal .2: your Cisco router.

You can't forward the same packets to two internal addresses. If you want, you'll have to run your VPN on different external port numbers for the second VPN, though you should be able to keep the port numbers the same on the Juniper .3. This of course means the other end has to open the VPN to a different port number.

An alternative is if you have several external IP addresses, in which case you could use one for the Cisco and one for the Juniper, on the natural VPN port numbers.

Not the answer you're looking for? Browse other questions tagged cisco juniper or ask your own question.