How does a packet travel across multiple routers/subnets?

After reading various resources and examining the example below, the step-by-step process for a packet to travel the route below is still not 100% clear to me. I'm hoping to get clarification.

Image and description from the Wiki article for Default Gateway: 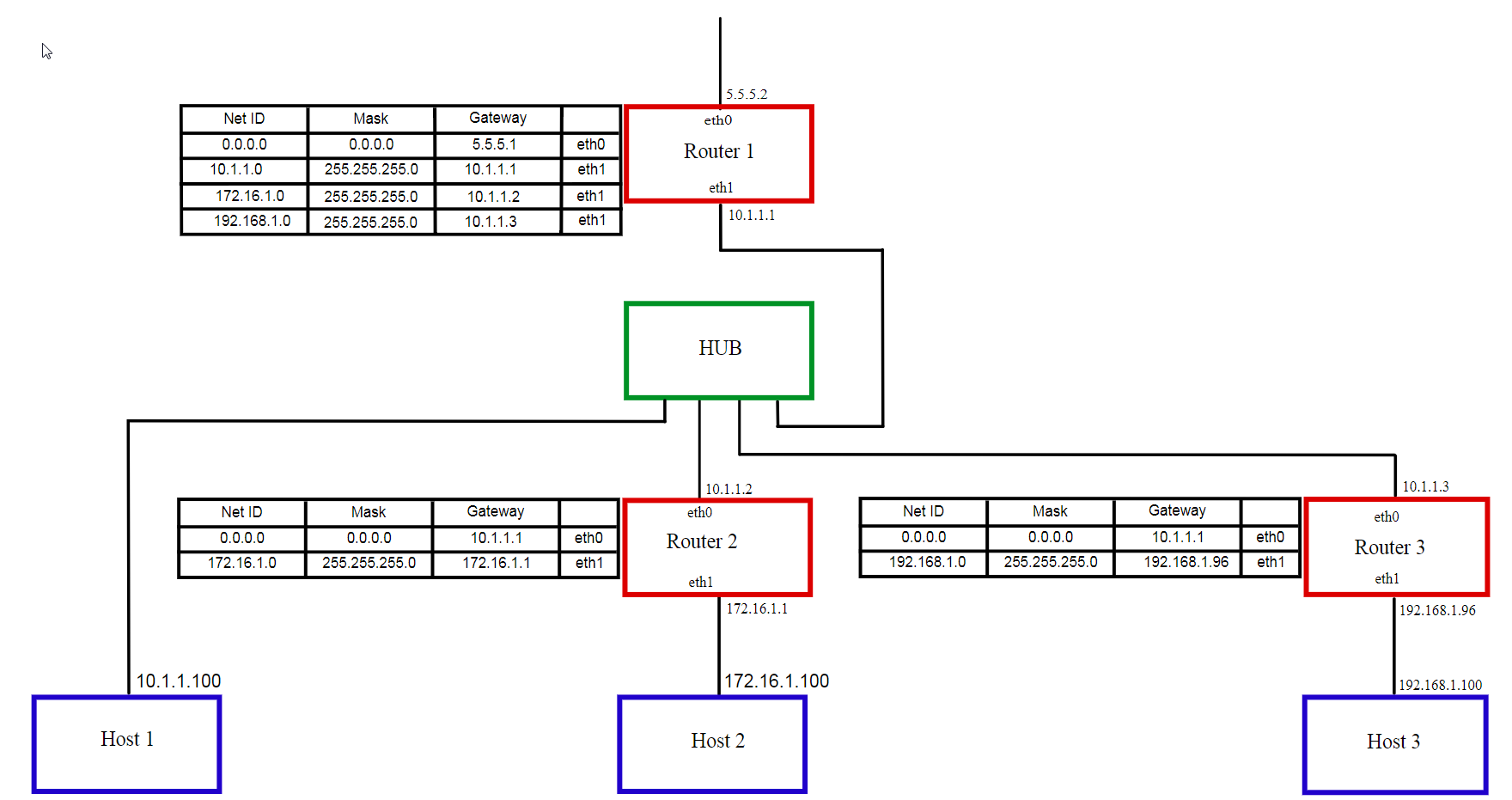 My understanding of how a TCP/UDP packet would be processed in the example above:

If a reply is sent back, the process unfolds in reverse. In lesser detail:

What parts am I missing or misunderstanding? Am I mixing ideas or concepts incorrectly? What assumptions have I made about this setup that may not apply to all networks?

For your question about the hub, consider a hub a powered cable. It simply repeats any signal from one interface to all the other interfaces, and it does not know anything about frames or MAC addresses.

Depending on how Router 1 is configured, it may just send a redirect back to Router 2 to tell it to send the packet to Router 3.

You also seem to have really left out the transport protocol. You did mention TCP and UDP at first, but those sit between the application and IP. TCP and UDP are separate protocols, and IP will see the protocol number in its header, and it will deliver the payload of the IP packet to the correct transport protocol. While TCP and UDP both have addresses (called ports) that are the same number range, they are not the same ports (TCP port 5678 is not UDP port 5678).

The host gateway router will strip off the frame, look up the destination address in its routing table, and create a new frame for the next interface to encapsulate the IP packet. This happens for every router hop, with the final router sending it out the destination network address.

Not the answer you're looking for? Browse other questions tagged routing router ip ipv4 or ask your own question.

2
Routing to multiple subnets
1
ICMP Redirect , static routing
3
Help getting Cisco Router to forward on path information to pfSense and vise versa
1
How do routers traverse packets to their destination?
5
Can a network with a default gateway successfully ping a PC in another network without gateway?
6
Need help understanding how packets travel across the internet
0
How does packet traversal works over a public network with NAT overloading
0
static and default routes on unixoide OS question
0
How can i make every network on this topology speak together?
1
how do i connect two networks with two routers in packet tracer?