Use cases for GRE over IPSEC

I'm trying to understand use cases for GRE over IPSEC. In the diagram below, each site uses GRE to encapsulate multicasts associated with OSPF. (There is still a requirement to configure SAs between each site.) In this case, tunneling over ospf within GRE would save the complexity of configuring static routes between sites.

Is this a valid use case? Are there others that are commonly deployed (e.g. applications that required multicast)? 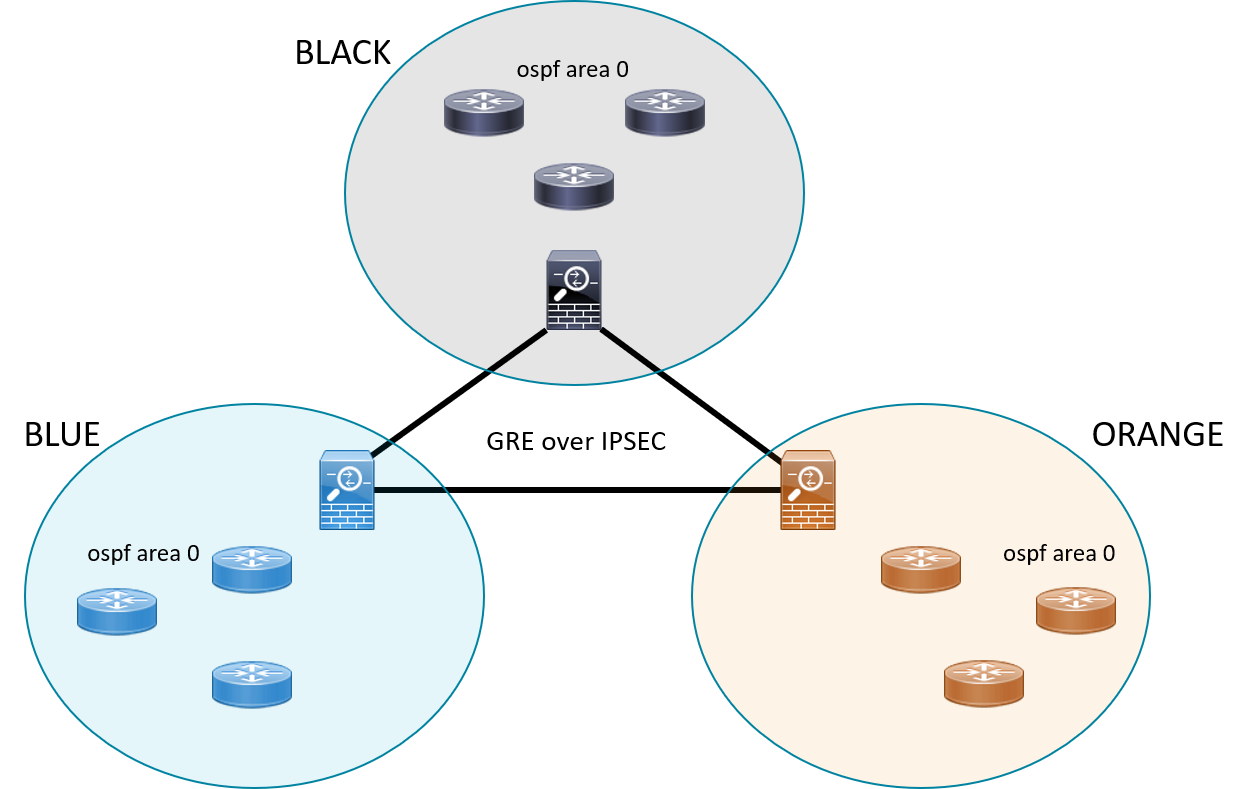 Running multicast or multicast based routing protocols does not necessarily require GRE-over-IPsec. "Tunnel based" or "route based" VPN (tunnel mode ipsec ipv4 a.k.a. IPsec Virtual Tunnel Interfaces in cisco lingo) will transport multicast and EIGRP or OSPF happily.

However, GRE is needed when you need to run non-IP protocols across IPSec:

At my former employer's, we used to run MPLS-over-GRE-over-IPSec extensively, mostly with EIGRP on GRE as the GRT routing protocol, and with certificate based IKEv1 and IKEv2 beneath it.

This enabled us to have a multi-VRF CPE as small/cheap as a Cisco 890 series at the customer site, while allowing for path isolation or "zoning": one VRF or "zone" for the ATM, one for video surveillance, one for internal data, one for guest WiFi, one for facility management, etc.

Of course, we would have preferred to run MPLS atop IPSec directly (tunnel mode ipsec ipv4, see above), but IPsec has no support for MPLS-over-IPSec (I believe there is - or was - an RFC draft for that, but it never made it).

Yes, MTU across the WAN is cut short to 1400 or less (minus 8 if the local loop at the customer's end is based on PPPoE!) with MPLS-o-GRE-o-IPSEC. PMTUd is further made difficult because the tunnel interface is not actually an IP interface anymore, but an MPLS interface. Therefore ip tcp adjust-mss is without effect on the tunnel interface, and TCP MSS clamping has to be done on the CE facing interface.

Not the answer you're looking for? Browse other questions tagged ipsec gre or ask your own question.

4
Alternatives to GRE for multicast over MPLS?
3
IPSec/GRE over Metro-E traffic question
1
DSCP trust over IPSec GRE
2
GRE over IPsec between Juniper SRX100 and Fortigate 100D
3
GRE over IPSec vs L2TP over IPSEC
2
GRE-IPsec Tunnel between Cisco Router and a Linux Router
4
How IPsec tunnel mode work without GRE