i am new to Wireshark and want to find the window scaling, which is the size of the received windows if i am not mistaken.

I have a dump file of some 110mb that i use for my graphs. This is the traffic between the system used for packet analysis and an FTP server where the initial system asked for a big file.

I have to show the graph for Window Scaling for the received windows that only came from FTP server and make some assumptions of their size.

My actions for Wireshark were to: 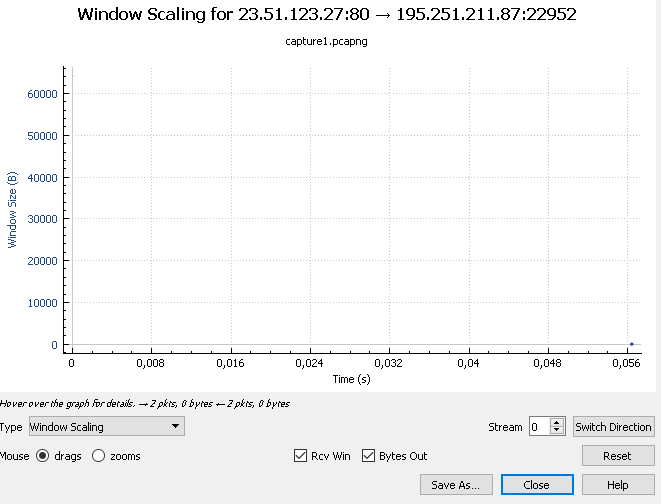 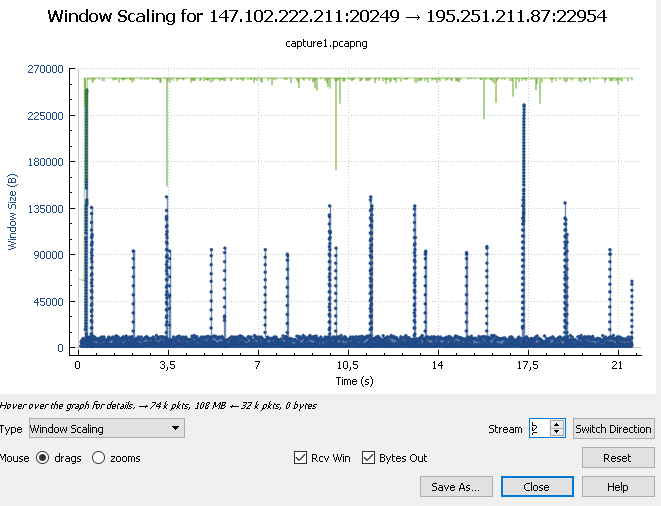 I think I need to explain a couple of terms first: