hsrp on both side of router

i tried to create a simple network topology to test the Hot standby router protocol gateway for "server2" and "server3", and the architecture is shown in the figure below. 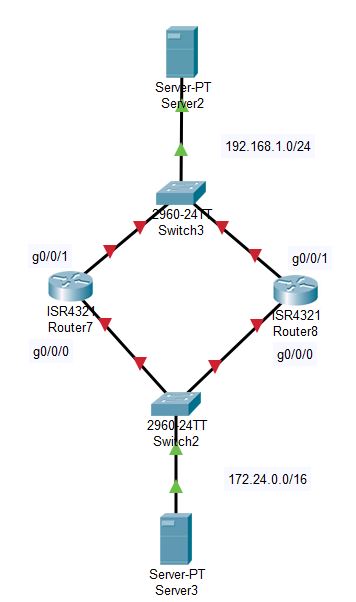 i would like to clarify some doubts before configuring the hsrp group and settings, and hope someone could answer:

thanks for answring the dumb questions:|

here's the configuration of the HSRP, as shown in figure below 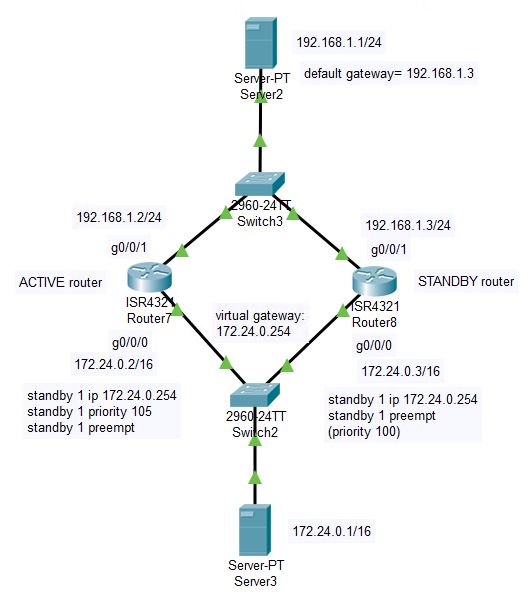 however, i found that if Router8 does down then the connectivity between servers will loss. so if i want to ensure the gateway redundency for both servers then i should set HSRP group on both sides of the gateway?

another question is, why does the command "preempt" necessary to set? i thought the standby router will automatically perform the preemption?

sorry for the unclear questions that previously asked.

HSRP is configured per interface, and the interface must be able to connect to the corresponding router interface on the same LAN because they must communicate on the LAN to determine which is the active router.

I really do not understand what you mean by "one-way HSRP." HSRP needs to communicate between the routers on a LAN, otherwise, they will both think they are the active router. HSRP has nothing to do with connectivity between the servers, other than to fool each server into thinking it is communicating with a real router instead of a virtual router.

Cisco has a lot of documents about HSRP, for example: Hot Standby Router Protocol Features and Functionality.

If you provide your configurations, we could help explain what may not work.

however, i found that if Router8 does down then the connectivity between servers will loss. so if i want to ensure the gateway redundency for both servers then i should set HSRP group on both sides of the gateway?

Yes, Set up HSRP on both sides, but the HSRP group on the other side of the routers will be a different HSRP group, even if you use the same group number, because it will be configured on a different interface.

another question is, why does the command "preempt" necessary to set? i thought the standby router will automatically perform the preemption?

You can use preempt on both routers so that it will fail back to the first router if the priority gets back higher than the original standby router. You can use a delay on the preempt to keep the active router from bouncing back and forth with a flaky circuit or interface.

Do the same thing for the other router interfaces, but track the opposite interfaces (different tracking number), and you should be able to pull any cable, down any interface, or kill any router, and the connectivity between the servers should remain. You may lose a few seconds of connectivity, but it will come back. When you restore what you failed, it should switch back to the original.

A good design would include a direct link between the two routers with, at least a couple of static routes on each, pointing to the other router. The directly connected interfaces will prevent the use of the static routes until an interface goes down, but then a static router for the down interface will be installed in the routing table of the router with the failed interface, pointing to the other router. You could also use a routing protocol between the two routers.

Not the answer you're looking for? Browse other questions tagged cisco router packet-tracer hsrp fhrp or ask your own question.